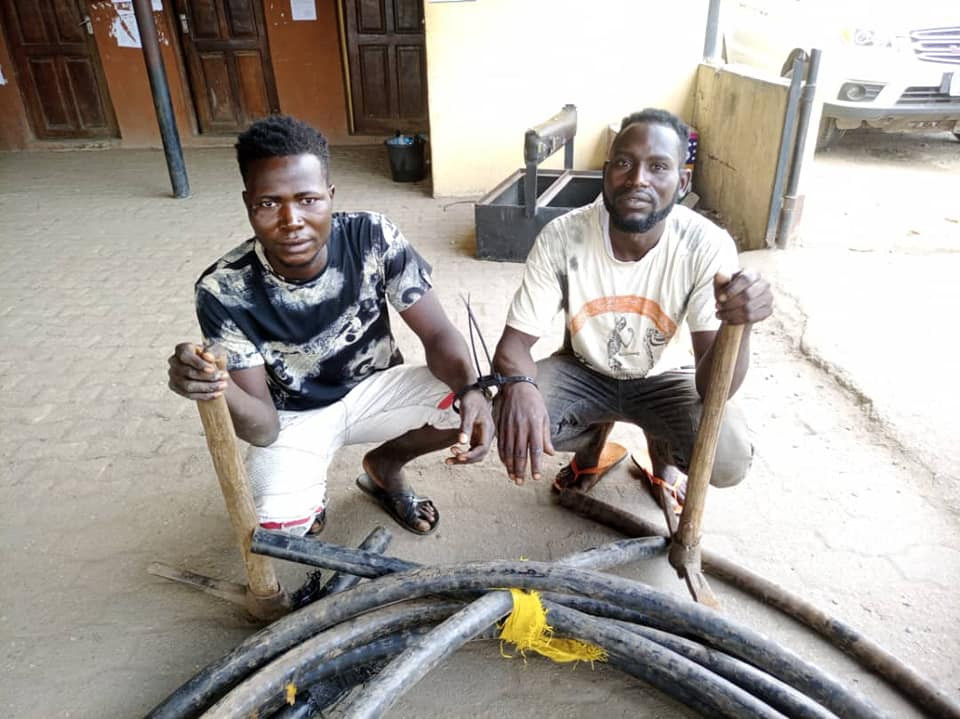 The vandals
Two vandals have been apprehended in Lagos.
According to the Rapid Response Squad (RRS), the duo were arrested on night patrol at Maryland with 240mm armored cable bounded in three rolls at about 5am today December 3.
The vandals, Tairu Bello (31) and Bishir Abubakar (32), were arrested around Idi – Iroko very close to Anthony Village loading the three rolls of 240mm cable into a commercial bus popularly known as Danfo.
When interrogated, they confirmed the cables were dug out of the ground at Idi Iroko and they were moving it to Mile-12 from where they intend to transport it to Owode Onirin. The three cables' length is estimated at over 160 feet.
Also recovered from the vandals were two shovels, 2 diggers, saw blade, hammer and chisel.
The Commissioner of Police, Hakeem Odumosu has directed the Commander, Rapid Response Squad (RRS), CSP Yinka Egbeyemi, to charge the suspects to court. 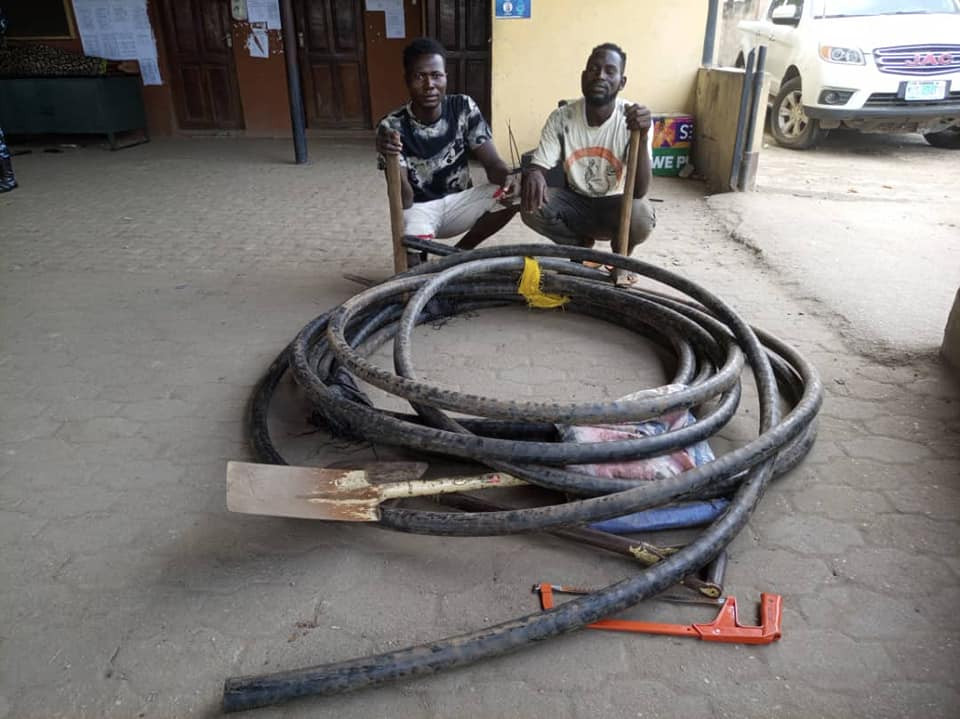