Confirming the development, the lawmaker said she escaped during a military onslaught on the enclave where she was kept. 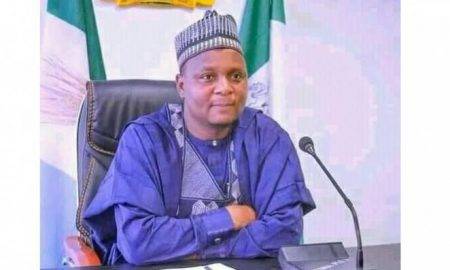 According to SaharaReporters, a younger sister of Katsina State Deputy Speaker, Shehu Dalhatu Tafoki, has escaped from bandits’ den after 105 days in captivity.

Confirming the development, the lawmaker said she escaped during a military onslaught on the enclave where she was kept.

Asma’u Dalhatu was abducted on September 4 when bandits stormed Tafoki Village in the Faskari Local Government Area of Katsina State.

They had stormed the town around 1:00am and headed straight to the village head’s residence, which is the family house of the Dalhatus.

They kidnapped Asma’u and her sister.

"On their way into the forest, they encountered some members of the vigilante group and exchanged gunfire.

"In the process, one of the girls escaped and returned home, but the other could not run away, so they went away with her,” the lawmaker said.

He added that Asma’u was a secondary school leaver, who was about to be given out in marriage at the time the incident took place.