The OAP said the driver who has now been identified as Rufai Abarashi, allegedly assaulted the lady after she responded to him calling her a "prostitute". 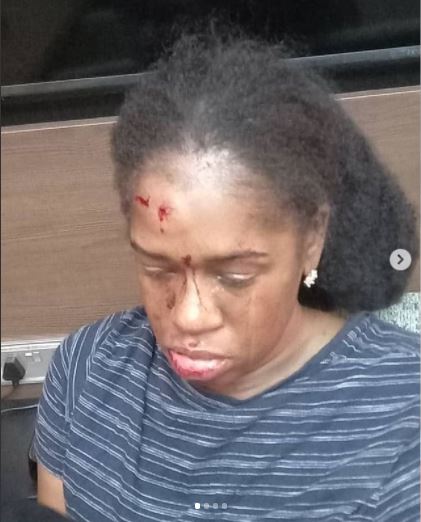 Nigerian OAP, Luciano has cried out for justice after his friend was allegedly assaulted by an Uber driver who he claims wanted to charge something different from the price the App brought up.

OAP Luciano revealed that his friend and the Uber driver got into an argument after he insisted on charging a different amount while claiming that what the app brought up was small, however, she refused to pay and asked him to cancel the trip.

The OAP said the driver who has now been identified as Rufai Abarashi, allegedly assaulted the lady after she responded to him calling her a "prostitute".

The police were called in by eyewitnesses and the OAP further alleged that the management of Uber deleted his friend's account and never addressed the issue when she reported the incident which occurred on Friday December 17.

Luciano also revealed that the Uber driver was released on orders of a police officer.

Yesterday an Uber My friend ordered a ride (multiple trip) got into an argument with the driver because he said that the price the App brought up was too small that he will charge something different. She asked him to cancel and he called her a prostitute, she insulted him back and he came out and punched her in the eye and went into the car and took and iron right beside his seat and hit her on the head.

People who saw what happened held him down and called the police.

She complained on the Uber app and Uber deleted her account instead of addressing the issue.

Before she could go to the station this morning to make a statement they had released him on the order of an officer.

@uber are you recruiting mad people?? How can a driver call a woman a prostitute and still beat her?? Uber is hiding this bastard his name is Rufai Abarashi… a driver that has an iron right inside his car, used it on a woman is capable of rape and murder!! He needs to answer for his crime!!