The market, known as Total Market, is the major place where residents and students from the Federal Polytechnic, Oko buy their provisions and food items. 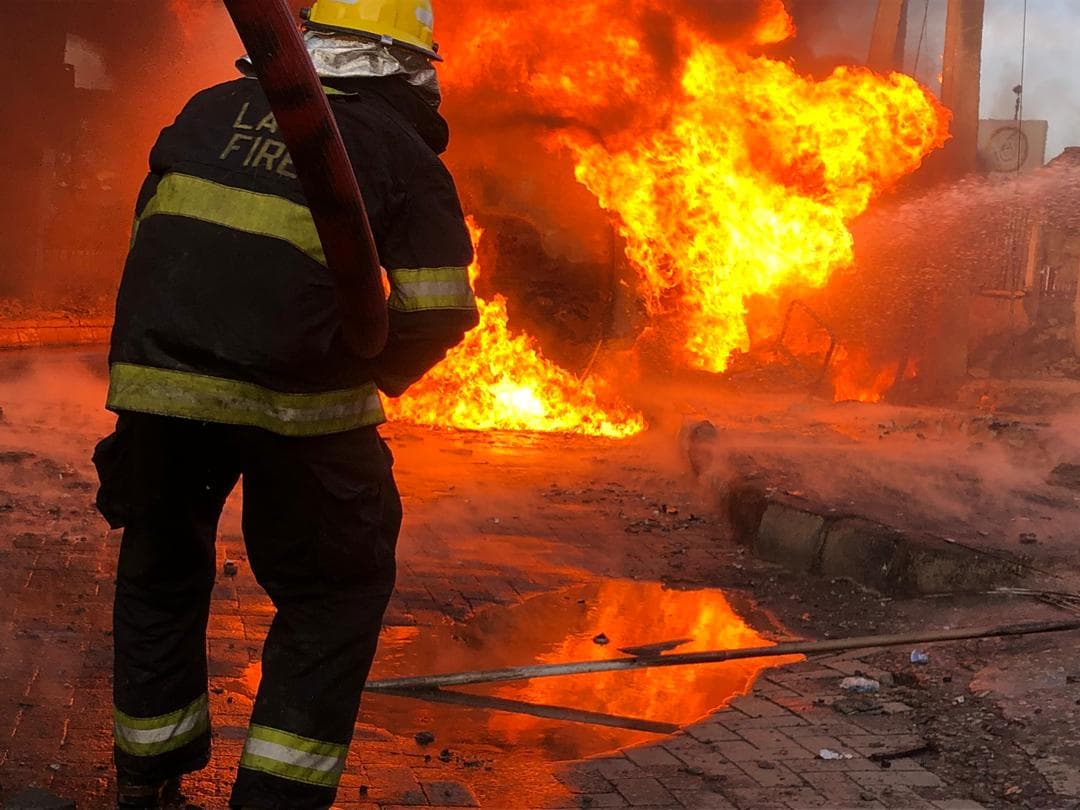 According to a report by Daily Trust, fire outbreaks have razed down residential buildings and markets in Anambra and Abia states at the weekend.

The market, known as Total Market, is the major place where residents and students from the Federal Polytechnic, Oko buy their provisions and food items.

Goods worth millions of naira were lost in the inferno.

Sources said the market is close to the back gate of the Federal Polytechnic, Oko

According to one of the residents, Mr Victor Oluchukwu, the police quickly barricaded the area to prevent people from looting the shops.

“When I got there this morning, security people were there blocking movements and making sure that people carrying things were actually the owners of those shops so that some people will not go and steal things.”

The Police Public Relations Officer in the state, Ikenga Tochukwu, confirmed the incident.

He said the fire incident took place around 1:30am early Sunday morning.

“Some provision shops were affected. Police operatives quickly went to the place to cordon off the area because we discovered that, at times, hoodlums take advantage of the situation to loot, but we prevented that.

“On the receipt of the information, police operatives quickly contacted the fire service and with the help of the people in the area, the fire was successfully put off,” he said.

He said that no life was lost in the incident, noting that the cause of the fire was yet to be ascertained.

The fire incident occurred around 11pm on Saturday night after the EEDC restored power to the area.

Speaking with our correspondent on Sunday, the caretaker of the affected buildings, James Chinkwe Awom, gave the number of affected shops as four.

His two-bedroom apartment was also razed by the fire, destroying property worth millions of Naira.

Mr James Awom said efforts by neighbours and passers-by to bring the fire under control was unsuccessful before the arrival of men of Abia State Fire Service.

One of the owners of the affected shops, a tailor who gave his name as Friday Chidi, said he lost about six sewing machines which cost N150,000 each, two generators, customers’ cloths, and other valuables in the shop.

Another victim who simply gave her name as Mrs Honour said money and other valuables which were in the shop, including her school certificates were affected by the fire.

The victims, therefore, appeal to the state government, good-spirited Nigerians and the general public to come to their aid to enable them to return to business again.

Mr Nnanna said the quick intervention of his men saved other nearby buildings from being affected by the fire incident.

He said poor building plans which did not allow for enough space between the buildings posed a challenge in responding to the fire outbreak.

He advised Abia residents to always switch off their appliances while leaving home, even as he maintained that the cause of the fire remained unknown till a proper investigation is concluded.

While thanking the neighbours for their intervention, he appealed to Abia residents to get fire extinguishers at their homes in cases of fire outbreaks.