The crossdresser shared the video after James Brown traveled to the UK and people began comparing him to Bobrisky. 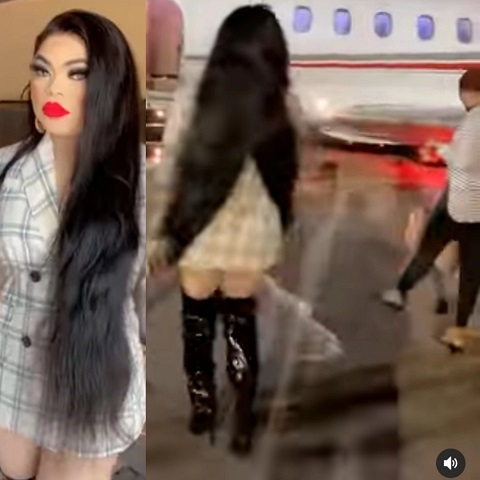 Male barbie, Bobrisky has shown that he's the baddest crossdresser in Africa.
This comes after he shared a video of himself travelling on a private jet with his makeup artist, personal assistant, and "house girl".
He could be seen enjoying a sweet meal of jollof rice while onboard.
He urged people to stop comparing him to others.
The cross dresser shared the video after James Brown travelled to the UK and people began comparing him to Bobrisky.
Watch the video below:
Top Stories