Psquare Would Shut Down O2 Arena Without New Songs, We Are Legends – Mr P Brags


His boast of shutting down the O2 arena came days after Davido sold out the O2 Arena for his concert. 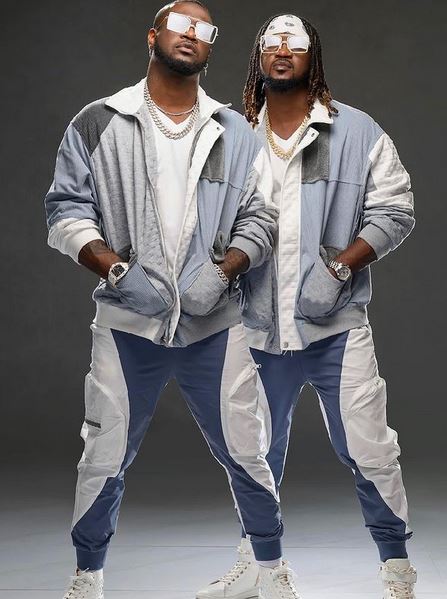 Peter Okoye has stated that PSquare would shut down the O2 Arena in London even without releasing new songs.

Mr P said this on his verified Twitter page, on Tuesday.

His tweet read, “We don’t need to shut down O2. We are only going to close it down; with or without new songs! Legend is Legend.”

Mr P also on his Instagram story wrote, “London and the world. Are you ready for the King of Stage? Psquare world tour loading.

“Don’t joke with the Kings of Stage. We don’t do concerts, we do crusades. With or without new songs!”

This was after the singer asked his fans to decide which stadium they should use for the upcoming London concert.

“Team P-SQUARE, should we O2 or Wembley this sh*t? Comment below. O2 is calling The Kings of Stage,” Mr P tweeted.

His boast of shutting down the O2 arena came days after Davido sold out the O2 Arena for his concert.

Recall that Psquare reunited in 2021 after a five-year feud, as they clocked 40.