According to Reno, it is unacceptable for a murder suspect to be involved in a beauty contest in prison. 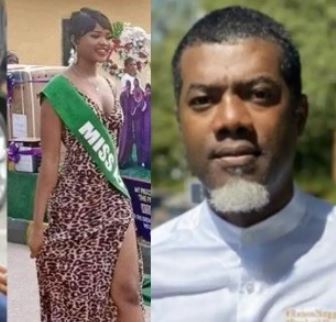 Former Presidential aide and activist, Reno Omokri has reacted after Chidinma Ojukwu, the suspect fingered in the murder of SUPERTV Ceo, Usifo Ataga participated in a beauty pageant at the Kirikiri prison.

Photos of Chidinma participating in the pageant which she won, surfaced online on Wednesday March 9. Reacting to the photos via his Instagram page, Reno wrote;

''Prison is a place of punishment and rehabilitation. Once it becomes a place of fun, then the whole purpose is defeated. How would the family of Usifo Ataga feel to see Chidinma prancing about as a beauty queen in prison? That is unacceptable. Heads should roll! And if heads don’t roll, the question we must ask is whether Chidinma has a prison official zaddy who she is making very happy. Because the state of her hair, skin, the clothes she wore and her shoes are better than 99% of females that are free in the world outside prison!

And the media should stop calling her an ‘alleged killer’. She admitted killing Usifo Ataga on camera. Once there is an admission, the charge is no longer alleged. It is proven. What is in doubt are the circumstances. Did she do it while under the influence of fear, or drugs, or something else which we do not as yet know? But that she did it is fact, not allegation.'' 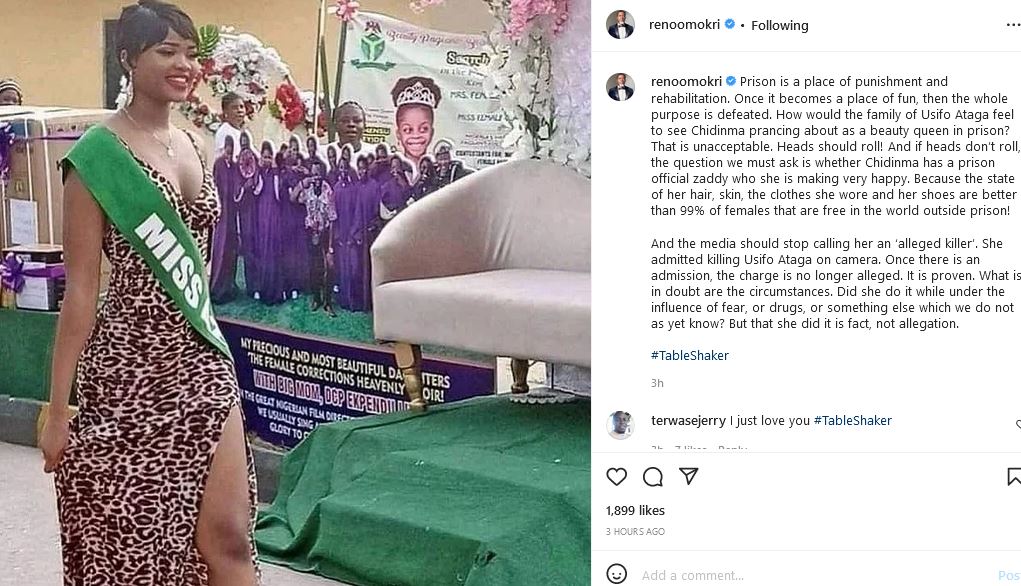