Sambo, Lawan, Gbajabiamila, Others Storm Ilorin For The Wedding Of Ex-Minister’s Daughter 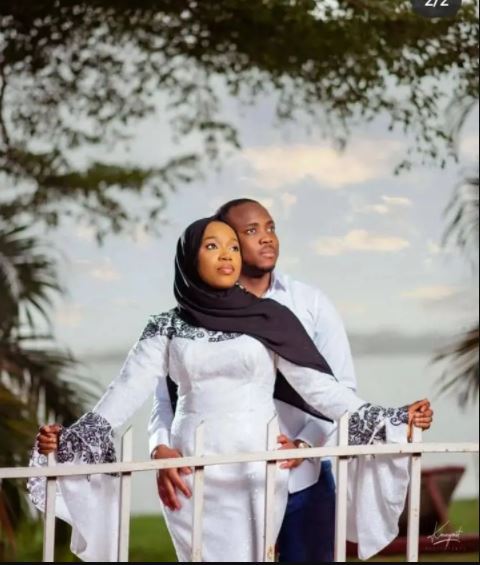 Namadi Sambo, the former Vice-President of NIgeria; Dr Ahmad Lawan, President of the Senate; Mr Femi Gbajabiamila, Speaker of the House of Representatives; were among the dignitaries in Ilorin, Kwara State capital, for the wedding ceremony of Dr Aisha Abubakar Sulaiman, daughter of the Director General National Institute for Democratic and Legislative Studies (NILDS), Professor Abubakar Olanrewaju Sulaiman.

Aisha got married to Dr Hussain Kehinde Yahaya at the ceremony preceded with Walimah Quran and solemnisation, which the National Missioner of Ansarul-Islam Society of Nigeria, Ustaz Hanafi Ayara, conducted.

In his sermon, Ayara urged the new groom to safeguard his wife, adding that he must stand solidly with her.

The cleric enjoined the couple to settle their differences without allowing undue interference.

He specifically admonished the groom not to separate himself from the bride to stave off marriage collapse.

Describing marriage as divinely ordained among Muslim faithful, Ayara called on the couple to exhibit tolerance, perseverance and piety while dealing with each other.

At a similar event, the Grand Mukadam of Ilorin, Sheik Suleiman Dan-Borno, cautioned public office holders to jealousy guard the trust reposed in them while administering their offices.

Dan-Borno reminded the office holders that a time is in the offing when they are expected to vacate their offices irrespective of the longevity of their tenure.

He challenged them to make transparency and accountability their watchwords at all times.

In a similar sermon, the Chief Imam of Offa, Sheikh Muyideen Hussein, called on wealthy Muslims in the society to help the less privileged, particularly now that the holy month of Ramadan is drawing closer.

The Chief Imam of Ilorin, Sheikh Muhammad Bashir Soliu, presided over the Walimah Quran and prayer session for the bride.