A filling Station in Agbura town has been set ablaze by some unknown persons earlier today. 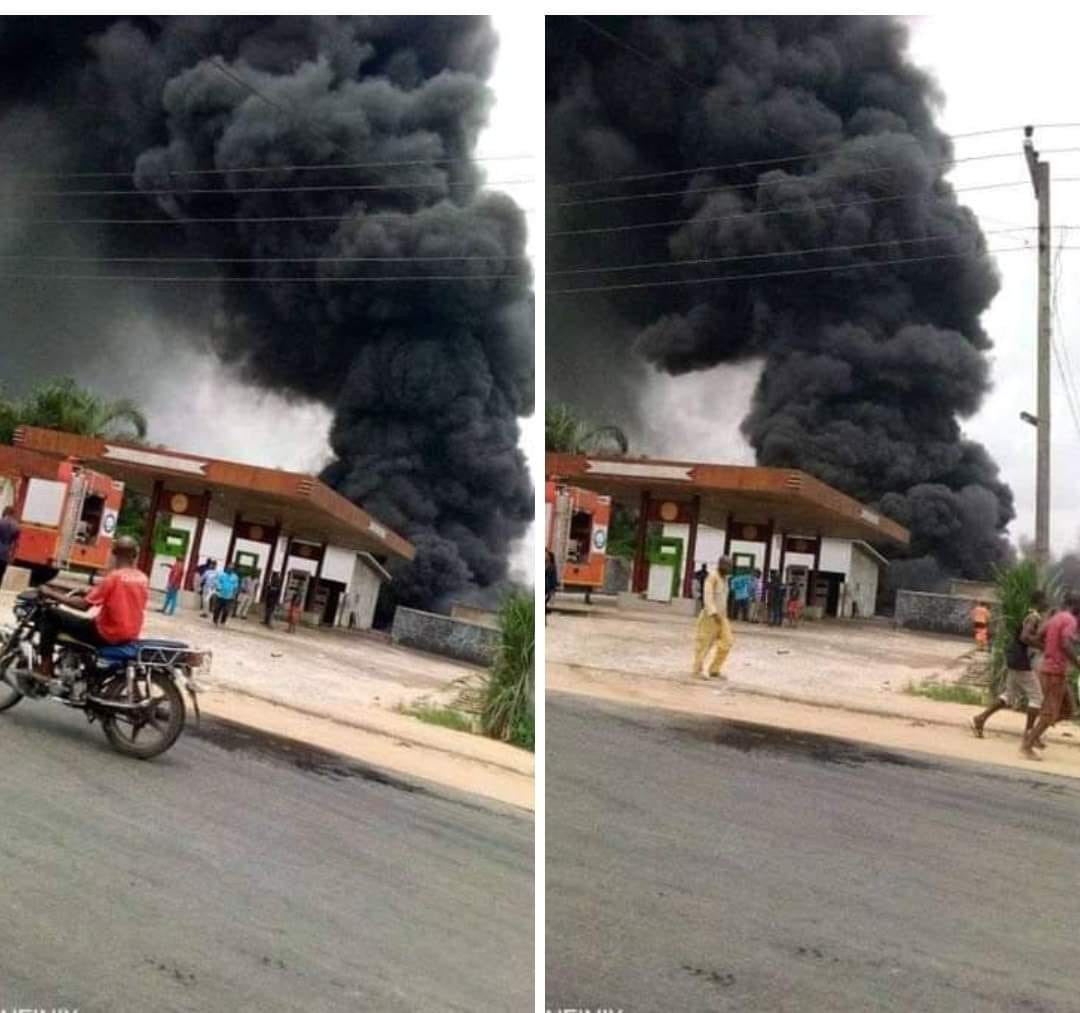 A filling station has been set ablaze in Bayelsa state.
The fire was set by unknown persons on Saturday March 19 for allegedly selling illegally refined products.
The filling station is located at Agbura town, Yenagoa Local Government Area of Bayelsa State.
A Facebook user, Gborienemi Mark-charles II who shared the photos of the filling station ablaze wrote:
A filling Station in Agbura was set ablaze by Nigeria Military personnel earlier today.
According to the report, the owner of the station was involved in selling bunker fuel to its users.
Top Stories