According to the corp member, she was rejected from staying at the orientation camp because she is married. 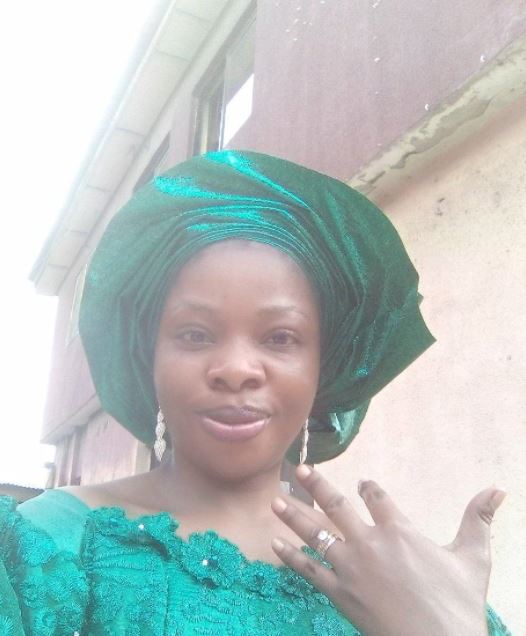 A corps member identified as Chidimma Simeon took to Facebook to allege that officials refused her from staying at Lagos NYSC orientation camp after registration because of her marital status.

Some online users didn't believe her, however, a lady identified as Omowunmi Boluwatife said that she and other married women in Batch A were also rejected. 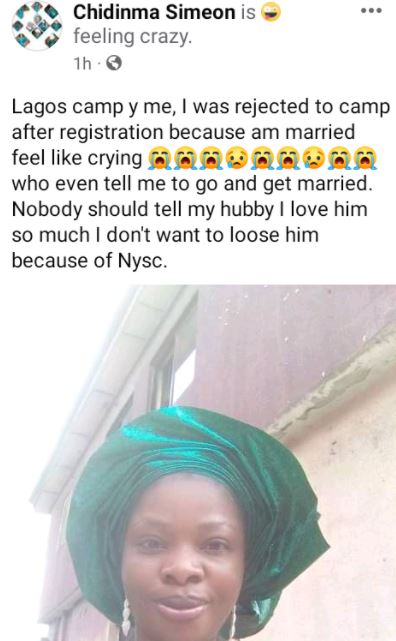 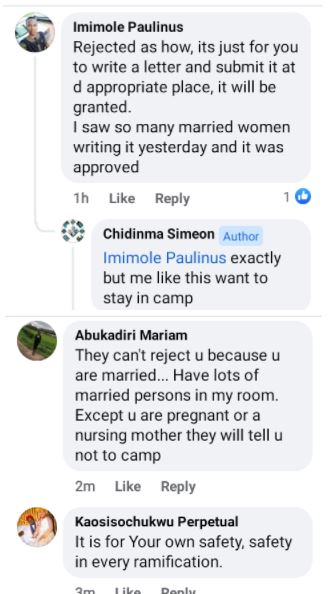 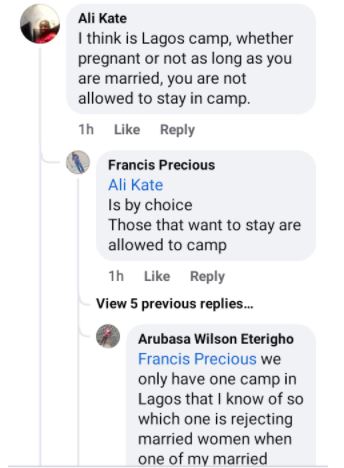 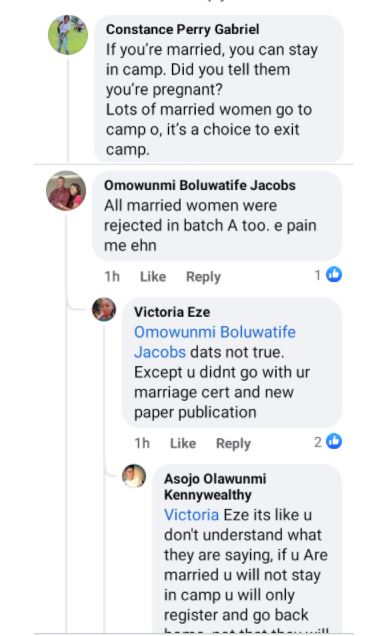