I Married The Best Woman Ever – Teddy A Gushes Over His Wife, Bambam


The married couple took to Twitter to celebrate their love. 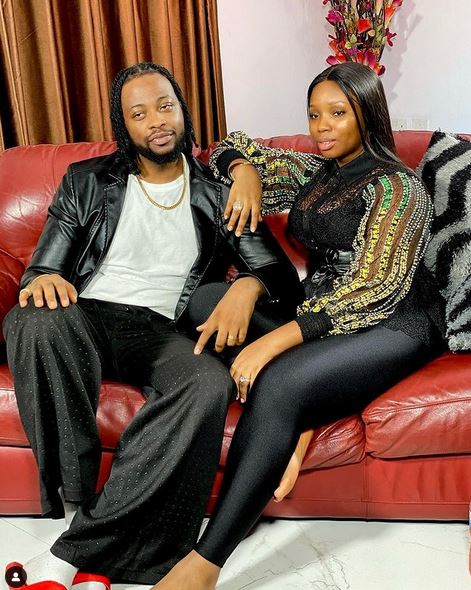 Teddy A and Bambam

ExBBNaija housemates, Teddy A and his wife Bambam took to Twitter to express their love for eachother.

Bambam made a tweet hailing her husband, Teddy A as a good man saying she married a good man and she celebrates him today telling him she will love him forever, which is very romantic of her and shows how much she’s in love.

Teddy A on the other hand replied to the tweet of Bambam gushing over her saying he married the best woman ever, telling her he loves her more and we guess it’s a love season for them as you could see based on their tweets. 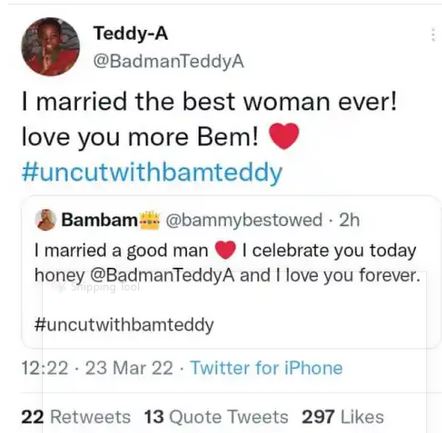