Prof. Sonni Tyoden about peace and reconciliation efforts in the state and his aspiration to succeed Governor Simon Lalong. 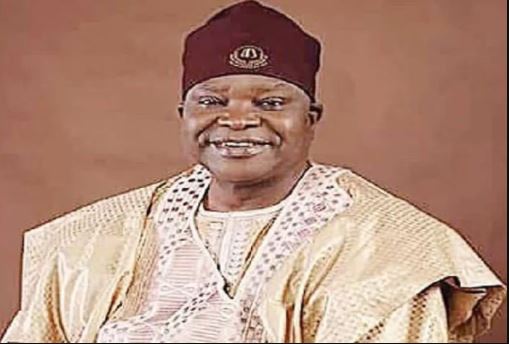 Prof. Sonni Tyoden, the Deputy Governor of Plateau State, tells JAMES ABRAHAM about peace and reconciliation efforts in the state and his aspiration to succeed Governor Simon Lalong.

You have been the Deputy Governor of Plateau State for about seven years. How would you describe your experience so far?

My experience has been quite enriching. You know that I became the deputy governor after I contested for the governorship. Of course, there was the disappointment of playing second fiddle rather than the first but my principal (Governor Simon Lalong) made it worthwhile in the sense that he gave me the ample opportunity to contribute to the governance process. Although as the governor, he is the ultimate in the typical Nigerian parlance and as the executive governor, the buck stops on his table. But that notwithstanding, I think the governor has given me enough leeway in the last seven years to make my own input and I think I have done that. So, the past seven years have been worthwhile.

In Nigeria, deputy governors usually find it difficult to maintain a long-lasting cordial relationship with their bosses but that seems not the situation in your own case. What is the secret?

It is true that some deputy governors in Nigeria usually have problems with their principals and even here in Plateau State. But the cordial relationship has never been like what obtains under the present administration. If you look at the previous administrations, the relationship between the governors and their deputies did not end well. But in my own case and by God’s grace, we have been able to relate very well despite disparity in age, experience and exposure. I was a vice chancellor when he (Governor Lalong) came to the university to do his Masters Degree. But like I said, that notwithstanding, we have been able to operate together and understand each other. We respect each other, and he has given me a lot of leverage to contribute to the process of governance. I have represented him in virtually all areas of governance, including the highest level at the National Economic Council meetings. I don’t think any deputy governor has represented their governors as much as I have .This means he has confidence in me and the fact that I keep representing him also means that I have justified the confidence he has in me. My being the deputy governor is coincidental but I think it is more than a mere coincidence. We share a lot of things in common in terms of belief, policies and in terms of how problems and solutions as far as Plateau State governance process is concerned should be.

Have you had cause to disagree with the governor on certain issues of governance?

In the next couple of months Nigeria will celebrate another Democracy Day. Would you say that democracy is working in Plateau State?

It depends on the perspective you are looking at. If democracy is seen from the perspective of having the right to chose people in government, organise process that will add value to the lives of the people, I will say to a large extent that we have made some impact. We may not have moved as fast as expected or made great impact as required, but definitely, we are making some efforts.

How would you assess Nigerian democratic strides as a whole?

For me, democracy is work in progress. There is no country that you will say they have finished the democratic process; even the United States of America, given their experience in the last general election, also showed that their own democracy is work in progress. It is just that we are at various levels and I believe that we will get there. There is no doubt we still have a lot of shortcomings in our democratic process but will gradually overcome them as the years go by.

What is your take on the belief by many that Nigeria’s democracy is not working because of insecurity, corruption, unemployment and other sundry problems that have combined to hold the country hostage?

That we have these problems is not the faults of democracy. Some of the problems have a global origin. If the global economic situations were better, the Nigerian economy would have been better and we should have been able to address the issue of the welfare of the people better. The issue of insecurity to some extent is also global in nature because there is no country that is completely secured. Yes, the expectations of the people are high in terms of the governance approach to solving the security situation, but I don’t think we should put that at the door of our democracy. If things were better, we would have been able to make governance more people-oriented

Is it true that you are in the race for the 2023 governorship election?

I can confirm that to be true. I’m in the race for the governorship of Plateau.

Have you discussed the issue or informed your boss, the governor, about your intention to succeed him as governor?

Given the level of the good relationship between the governor and I, it would be strange if I would be aspiring to succeed him without first discussing with him and getting his blessing to support me. So, I have informed him already.

What was the governor’s response after informing him of your intention to succeed him?

I told him that I wanted to run for the governorship of the state and that I needed his support so that I could continue from where he would stop and continue with the process we started together. And if he leaves office, there is that need for us to work together and see that the post-2023 government is a continuation of what we have started from 2015 and that I will appreciate his blessings. And he said “that’s okay” and that he would support me.

What will you do differently to improve the lots of the people if given the opportunity to govern Plateau State?

I don’t think there is much I will do differently since I’m already part of the policies that have been implemented over the last seven years. But situations may arise that are different from what we have now, which may call for a different approach. If not, I think I’m fully conversant with the achievement we have recorded so far and I will simply build on what is already on the ground.

Your party, the APC, seems to be witnessing a gale of defection of its members in Plateau State to other parties despite being in power. What is the problem?

There is no party man that will not be concerned when his members are moving to another party but the situation is not as bad as such. Yes, we missed the former party chairman but we in the APC do not see his departure as having any serious disadvantage to the party as such. Yes, it would have been good if he was there to contribute his quota but one thing is that we didn’t send him away. He was on suspension and I think if he was humble enough and patient and allowed the process to run its course, he would still have been with us. You need to also understand that there are various reasons people leave their party; some for personal reasons and some with dissatisfaction with the way things are going and others just for quest for greener pasture. For whatever reason, the departure of the former chairman has not made any difference because after his exit, we have made progress and won election which shows that we are still on the ground.

Do you still believe that the governorship position in the state should be zoned ahead of the 2023 general election?

I still believe in zoning. At a point, there were some contention whether zoning should be part of the political process in the state. But I can tell you that Plateau people have now accepted the principle of zoning. Now that all the governorship aspirants are from the central zone where the next governor is expected to come from, that shows the principle of zoning has been accepted by the people. The northern zone will take over after the turn of the central. I think that the acceptance of the principle of zoning by the people has brought some kind of stability in the state and the electoral process in Plateau State.

How do you view the recurrent violence in the state which has claimed many lives and properties?

We believe that a lot of blood has been shed and should not be allowed to continue. We have hurt each other and traumatised ourselves and we see the solution first in reconciliation and we cannot reconcile if we cannot forgive. That is why the current administration has deliberately picked February of every year to commemorate the Forgiveness, Peace and Reconciliation Day.

That’s why the governor said since he is the number one citizen of the state, he accepts responsibility for some of the violence that occurred in the state. He wasn’t there and he didn’t create the crisis but I think as the leader, he has to take responsibility at some point. He has led by example by taking responsibility and if other citizens were to follow his footsteps; forgive each other and have a clean slate in completing the reconciliation process, we will have peace in Plateau State.