#YulEdochie: Nothing Will Happen If A Woman Marries Two Husbands - Nigerian Man


He also opined that some women are already practicing polyamory by having multiple boyfriends. 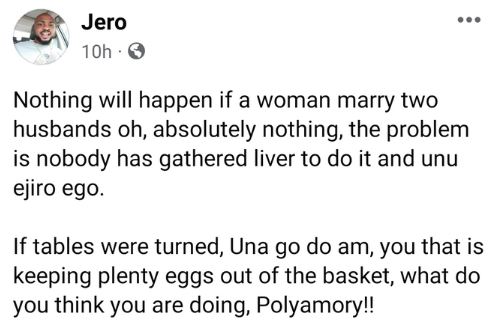 A Nigerian man has opined that nothing will happen if a woman decides to marry two husbands.
The man with Facebook name, Jero made his thoughts known after popular Nollywod actor Yul Edochie, announced his marriage to his second wife and birth of their son.
Jero stated that most women would have preferred to have two husbands if they could, only that they are not strong willed nor financially capable to do so.
He also opined that some women are already practicing polyamory by having ''multiple boyfriends, cheating on their partners and having multiple sugar daddies.''
Read his post below...
Nothing will happen if a woman marry two husbands oh, absolutely nothing, the problem is nobody has gathered liver to do it and unu ejiro ego.
If tables were turned, Una go do am, you that is keeping plenty eggs out of the basket, what do you think you are doing, Polyamory!!
You that has school boyfriend , abroad boyfriend and work husband, what do you think that you are doing??
You that is weighing your two boyfriends and waiting for which will propose what are you doing??
You that has husband and boyfriend and sugar daddy?? What do you think you are doing.
You that has a boyfriend for romance and daddy yo for bills, what are you doing.
You that has  Serious relationship but you dey knack your oga for office and clients for deposit to meet target, what are you doing.
You wey dey do per nyu, based on Abani agba aka, what do you think you are doing?
You that has serious relationships but is still doing “ Send me Nood” with your ex nko??
You that is talking to more than 3 men inbox waiting to see who go reach your papa house fess nko?
Leave talk!! Las las everybody will be fine, all of us are polygamous in nature. There are women somewhere on God’s planet enjoying two or more men. Everybody is a saint on social media, na who dem catch be thief. 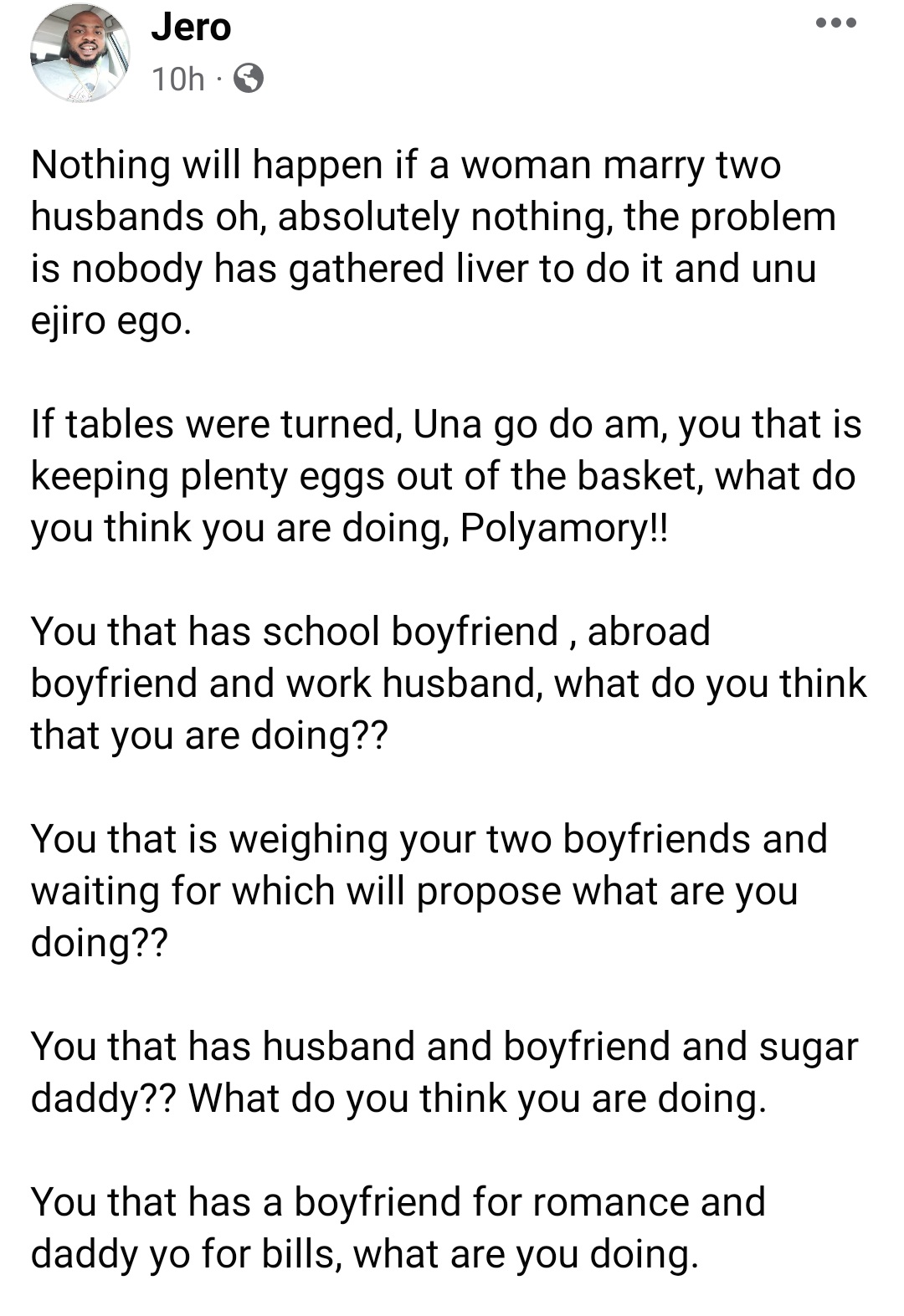