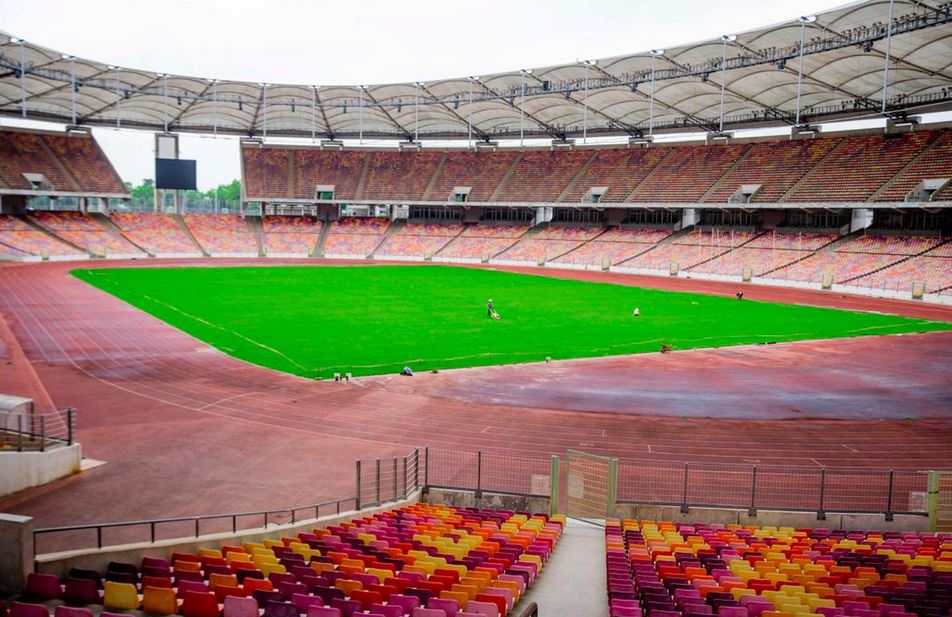 Minister of sports, Sunday Dare has ordered the closure of the main pitch of the Moshood Abiola Stadium, Abuja.

The Super Eagles also did not train on the pitch on Monday to allow groundsmen to put it in proper shape before Thursday’s 2023 Africa Cup of Nations qualifier against the Leone Stars of Sierra.

They had their training on Monday at the practice pitch of the stadium.

“The pitch can be used only for matches involving the national teams,” an official of the sports ministry Mohammed Manga told NAN.

“We have to keep the stadium’s main pitch in good shape for use for international matches involving the national teams,” he said.

With the development, Nigeria Professional Football League club, Kano Pillars will have to look for a new stadium for their home games.

The Sai Masu Gida were banished to Abuja by the League Management Company following crowd trouble in their home clash against Katsina United.