2023: Tinubu One Of Most Demonized Nigerians – Shettima


He insisted that none of the other presidential candidates could boast of Tinubu’s capacity. 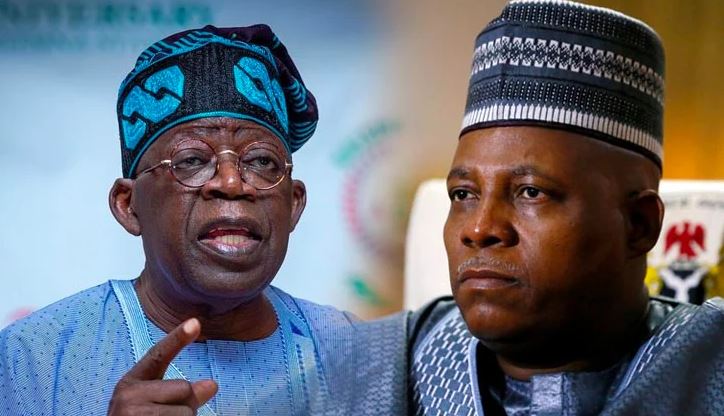 He spoke on Tuesday during Tinubu’s presentation of his action plan to the business community and the organized private sector in Lagos.

The former Borno State governor said Tinubu has what it takes to make Nigeria great.

He insisted that none of the other presidential candidates could boast of Tinubu’s capacity.

Shettima said, “This man seated here (Tinubu) is one of the most demonised Nigerians but take it from me, the true hallmark of leadership is not the ability to carry a bag of cement.

“We are not preparing for the Olympics, but an institution that relies on a field of ideas and tracks records and shows me, I dare to challenge you, show me among the people vying for the presidency of this country who has the experience, track record and of course, who has the intellect to catapult this nation to a higher pedestal.”

Tinubu has been the subject of several allegations following his emergence as APC flag bearer.

The former Lagos State governor was accused of lying about his health status, with claims that he is medically unfit to rule Nigeria.

He was accused of being a drug baron and controlling the funds of Lagos State.

During the APC presidential primaries, Tinubu was alleged to have bribed delegates with dollars to vote for him.