Ageing Is A Crime In Nigeria - Media Personality, Dotun Reveals Why People Lie About Their Age


He stated that many times, ageing is made to look bad, and this is why many would rather lie. 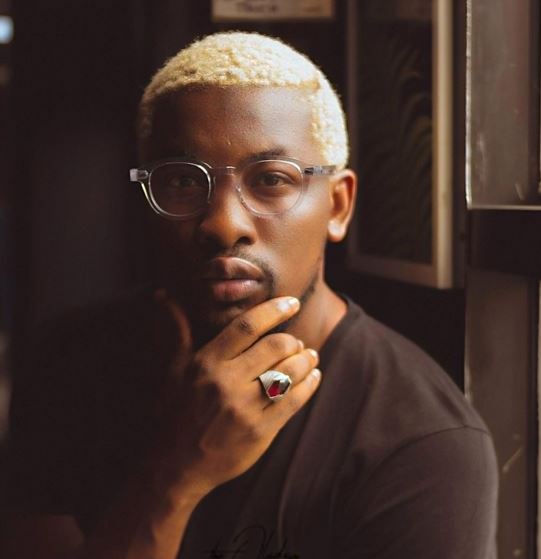 Media personality, Oladotun Ojuolape Kayode, has disclosed why people lie about their age in Nigeria.

The conversation about age has been on and off in the industry. However, it is clear that following BBNaija’s Chichi’s ’23rd’ birthday celebration yesterday, 11th January, it sprung again.

As stated by him, the Nigerian mentality has found a way to stigmatize “age”. He added that many times, aging is made to look bad, and this is why many would rather lie.

“Aging is a crime in Nigeria. “you don dey old o” “Agbaya” “you are old; stop dressing like this” Some of you have limited anyone growing up to think it’s bad to be older. We are too ageist & that’s why a few have grown bad attributes of lying about their age”, Do2dtun wrote. 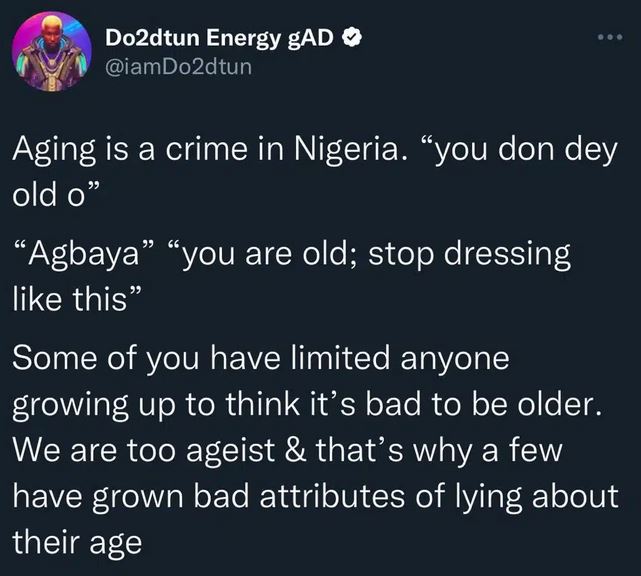