Omori also said that Portable is trying to employ the same scheme as rapper, Blaqbonez just to push the coming music video views. 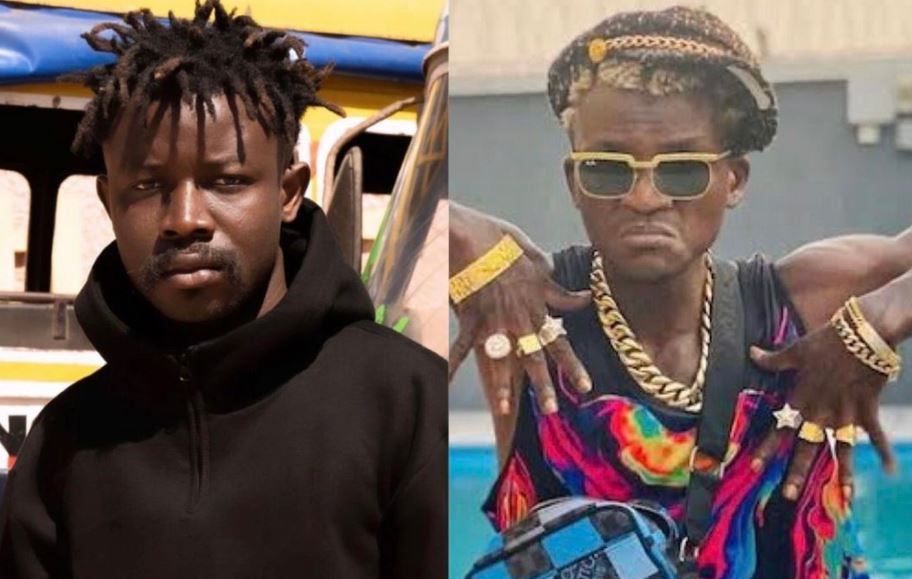 Popular Nigerian video director, TG Omori has fired back at Portable after the singer lamented about his outrageous charge over a music video shoot.

Recall that Portable called TG Omori out for charging him the sum of $50,000 for a music video. He added that TG was stressing him already, which means he is not ready to help.

Reacting to his rant, TG Omori said he shot Zaoo video for the singer free of charge, and now he can’t pay a discounted fee of $50,000 for a new video he wants to shoot.

“Somebody tell Portable Zazoo was a free video. Did it without ever mentioning a word. Bruh has a video and never knew how it came about. But his calling me out for a discounted price.'' 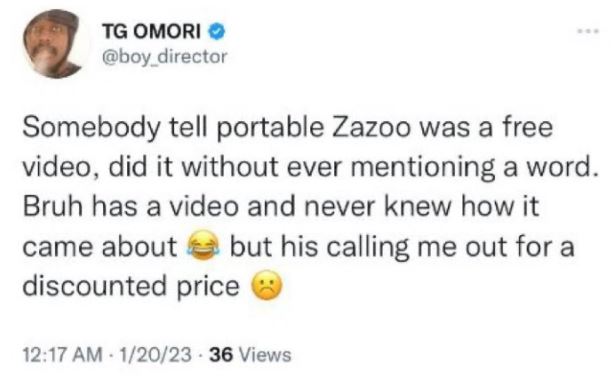 Additionally, he revealed that Portable is only trying to employ the same scheme as rapper, Blaqbonez just to push the coming music video views.

He disclosed that the message came in 15 days ago and that the video is already in the works.

“Lol portable knows what he’s doing. The message came in 15days ago he didn’t react but boy has a new video in works. he’s trynna use the Blaqbonez strategy to push views. Ogbon sodiqi.”