A-six-year-old boy was beheaded with a piece of broken glass in front of his screaming mum, a campaign group has claimed. 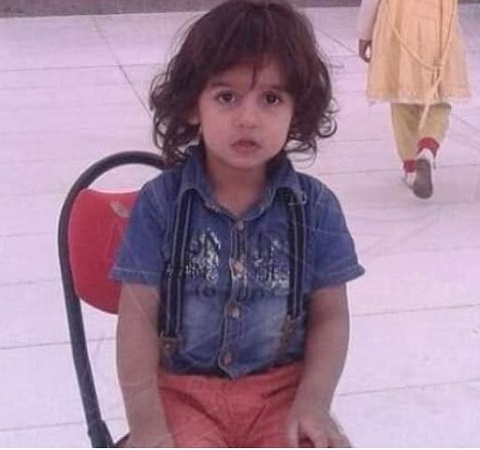 Zakaria Al-Jaber
The first pictures have emerged of a six-year-old boy who was beheaded with a shard of glass in front of his screaming mother in Saudi Arabia.

Zakaria Al-Jaber was in a taxi with his mother, on their way to the shrine of the Prophet Muhammad in Medina, when a car drove up and the boy was dragged out.

The taxi driver reportedly dragged the boy towards a coffee shop in the Al-Tilal area before smashing a glass bottle and slitting his throat.

The attacker slit the six-year-old's throat with a shard of glass before stabbing him repeatedly as both his mother and a nearby police officer attempted to stop the brutal attack, TMV reported.

Sajid Hussain shared pictures of the boy on Twitter, calling for 'justice' and saying: 'Smallest coffins are the heaviest'.

'You don't need to be a Shia or Sunni. Try to be a a Human first. Justice Delayed means Justice Denied.' 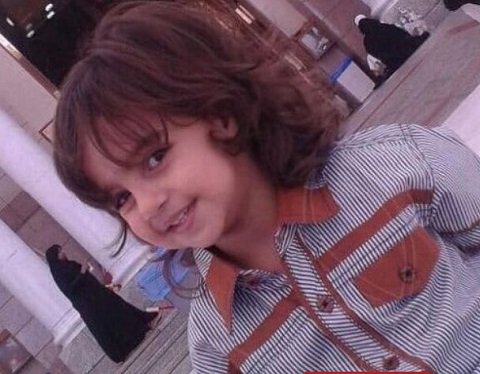 An unknown man had reportedly asked the mother if she was Shia before the attack, to which she answered yes.

It is not known why the boy was targeted, but Saudi officials have reportedly claimed the attacker was suffering from mental health issues.

Shia Rights Watch have claimed the boy was killed on Thursday in an act of sectarian violence.

They said: 'The Saudi Shia community came together today in mourning and to show solidarity with the parents.

'The community also reported this incident is a result of ongoing violations and lack of protection by the Saudi authority toward its Shia population.'

Shia Rights Watch, whose headquarters are in Washington D.C., said the beheading must be addressed ASAP.

They added: 'Shia Rights Watch, other human rights NGOs and activists have long advocated for the rights of this minority through campians, UN and other entities.

'However the population still suffers because of the lack of international commitment to end such violations.

'Beheading of a young child in such manner must be addressed ASAP.'
Top Stories