Real Madrid were dumped out of the Champions League in the round of 16 by Ajax and they will be seeking a better performance next season. 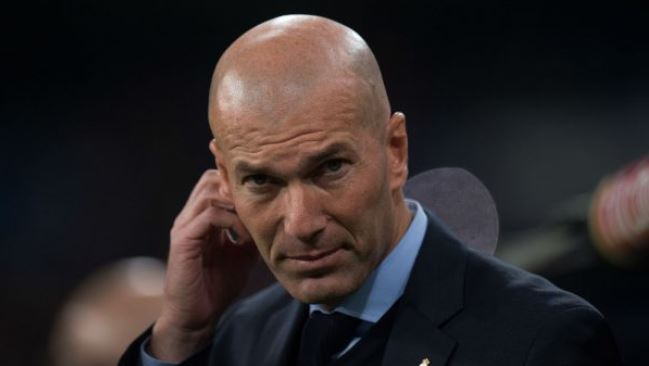 Zinedine Zidane
Real Madrid could sell as many as 14 players this summer to fund a squad overhaul, Marca reports.
Real Madrid manager, Zinedine Zidane, is set to bolster his squad ahead of next season and could let up to 14 players leave the Santiago Bernabeu at the end of the season.
Former Tottenham Hotspur star, Gareth Bale, tops the list. Bale has been told that he will be frozen out of the Zidane’s first team, should he not be able to find a new club this summer.
The other 13 players include: Keylor Navas, James Rodriguez, Jesus Vallejo, Theo Hernandez, Sergio Reguilon, Mateo Kovacic, Martin Odegaard, Dani Ceballos, Marcos Llorente, Oscar Rodriguez, Lucas Vazquez, Brahim Diaz and Mariano Diaz.”
Real Madrid were dumped out of the Champions League in the round of 16 by Ajax.
The Los Blancos have struggled in the La Liga this season. They currently sits on third position on the league table with 68 points from 37 games.
Top Stories