A woman has been caught red-handed trying to kidnap a four-year-old boy at a McDonald fast food joint. 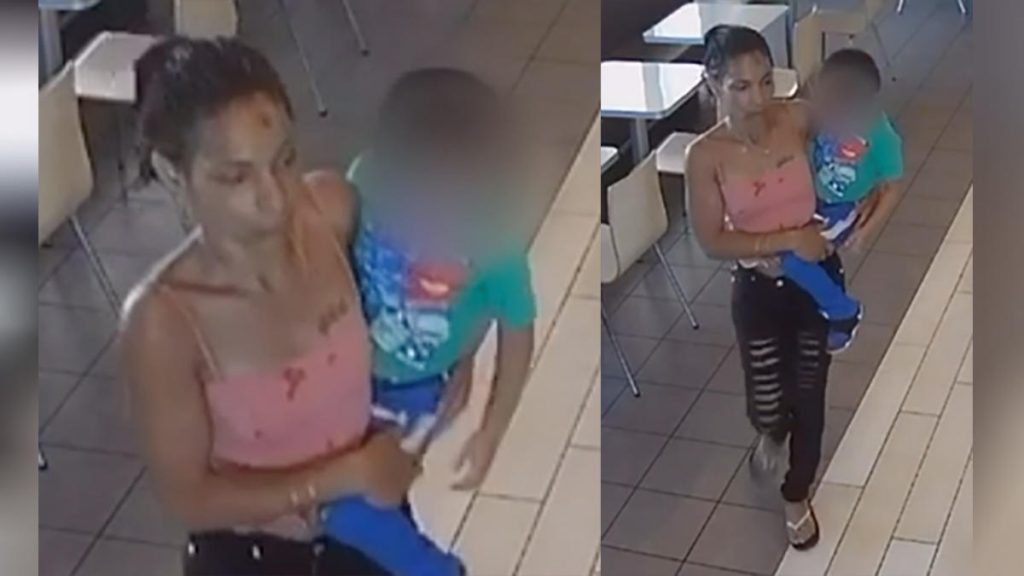 The kidnapper
A woman suspected of attempting to kidnap a 4-year-old child at a McDonald's has been arrested, Los Angeles police said.
Maralyn Ramos, 33, was arrested Wednesday night in downtown Los Angeles and booked on suspicion of attempted kidnapping, police said. Bail was set at $100,000.
Ramos has lived in Arizona. It's unclear how long she had been in California, police said, adding that she was arrested after investigators received a tip.
Details about the arrest were not immediately available. It was not immediately clear whether Ramos has an attorney.
In security camera video captured Tuesday afternoon, a woman can be seen carrying a 4-year-old out of a McDonald's restaurant located in the 1300 block of East Olympic Boulevard. As the woman attempted to enter a parked vehicle, a witness stopped her and she fled on foot from the area, the LAPD said.
The owner-operator of the restaurant issued a statement early Thursday.
"Our biggest priority is always the safety and well-being of our customers and employees. We are fully cooperating with local law enforcement during this investigation," said owner-operator Veronica Sanchez.
Police said Thursday that they are still searching for a woman in a second kidnapping attempt that was reported Wednesday on Martin Luther King Boulevard and San Pedro Street in Los Angeles, police said. The kidnapper in that case pulled a 4-year-old child's hand and attempted to walk away with the victim while the boy was walking with a family member, police said.
The woman was stopped by a witness in the area and again fled, the LAPD said.
Los Angeles police said Thursday they have found security camera video on the kidnapping and expect to release it soon.
Watch video below:
Top Stories