Swansea City's Wales international attacker is expected at United's training base to complete a physical examination ahead of a proposed switch. 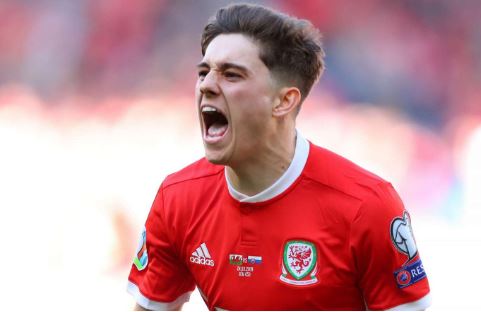 Daniel James
Daniel James is due to arrive at Manchester United’s Carrington training complex on Thursday to undergo a medical ahead of his expected £15 million ($19m) transfer from Swansea City, Goal can confirm.
The 21-year-old Wales international was originally scheduled to complete his switch to Old Trafford in May but, after the sudden death of his father Kevan at the age of 60, James withdrew from the national training squad to spend time with his family.
And while he gears up to be a part of Wales boss Ryan Giggs’ squad for Saturday’s Euro 2020 qualifier against Croatia, James will be in Manchester on Thursday to complete his physical tests ahead of the much-anticipated move.
Leeds United had been an early front-runner to snatch James’ signature before the breakdown of his move to Elland Road piqued the Red Devils’ interest, and the pacey young attacker is set to become Ole Gunnar Solskjaer’s first addition since becoming United boss in December.
James scored five times in 38 games for Swansea in 2018-19 after breaking into Graham Potter’s first-team squad following the club’s relegation from the Premier League.
The wide man’s searing pace and desire to take on defenders caught the eye of United scouts and, while he is not considered ready to be a first-choice for the 20-time English champions just yet, his arrival marks a shift in focus by Solskjaer to make United more dynamic and energetic as an attacking force.
United legend Giggs said of James after a match-winning performance for Wales against Slovakia in March:  “He’s brought his club form onto the international stage and I’m delighted.
“His overall game was fantastic, but to top it with a goal was great and he was just a threat all day. He will be with that pace but he’s got much more as well, he can go either side, he’s intelligent, he works hard and he’s a great lad as well.
“When you’ve got that raw pace you’re a threat at any level. As a winger you then have to develop the other parts of your game which will help you. He’s played up front as well, which will help him because that gives you an appreciation of exactly what to do.”
James has spent the last five years with Swansea having transferred as a youth product from Hull City at the age of 16.
Top Stories