Barcelona In Talks With PSG Over Neymar Return


Brazil striker set for dramatic return to Catalonia years after leaving the club for a bigger deal in France. 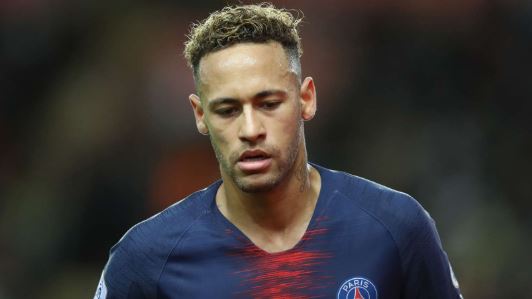 Neymar
Barcelona have opened talked with Paris Saint-Germain over a deal to re-sign Neymar, according to Globoesporte.
There has been intense speculation about the future of the 27-year-old in recent months and now it seems a return to the Camp Nou after a two-year absence is edging closer.
The fee is believed to be in the region of €100 million (£90m/$112m) with some players - believed to be Samuel Umtiti, Ousmane Dembele and Ivan Rakitic - also offered in exchange.
Adrien Rabiot has agreed to join Juventus this summer, El Chiringuito reports.
The midfielder's contract at Paris Saint-Germain expires this month and he has had a host of European sides chasing him.
And it appears he has settled on a switch to Italy, where he will sign a five-year contract.
Luis Suarez says Antoine Griezmann is a "quality player" but gave nothing away regarding a potential move to Barcelona.
The French striker says he is leaving Atletico Madrid this season and appeared to be on his way to Camp Nou, but speculation has faded and there is talk that he could set to join Paris Saint-Germain instead.
Asked if he thinks Griezmann could still end up joining him at Barca, Suarez stayed quiet as he would rather not comment.
Real Madrid are demanding Atletico Madrid pay €50 million (£44m/$56m) to sign Marcos Llorente this summer, AS reports.
The 24-year-old has already reached an agreement to join Diego Simeone's team but the Rojiblancos must now come to terms with their city rivals.
Atletico are willing to go as high as €40m at the moment, but Los Blancos are hoping to squeeze the remaining €10m out of them.
El Chiringuito have released footage claiming to show Benfica winger Joao Felix leaving a Madrid restaurant with agent Jorge Mendes.
The 19-year-old starlet has been heavily linked with Atletico Madrid, with reports yesterday claiming that a nine-figure fee had been agreed between the two clubs.
Benfica released a statement rubbishing those claims, but this footage will add fuel to the fire as one of European football's most wanted men appears to near his next destination.
Top Stories