The signing of Neymar would be the icing on the cake of what has already been a hugely productive summer for Zinedine Zidane's side. 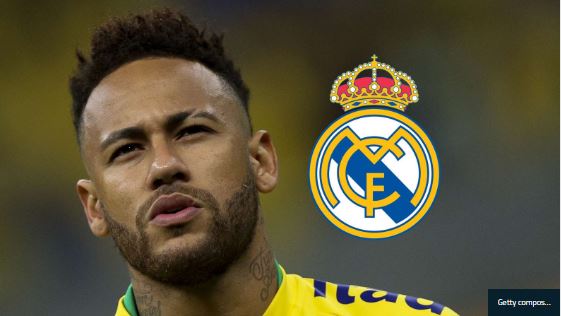 Neymar
Real Madrid are keeping abreast of Neymar's situation at Paris Saint-Germain and, despite any deal for the Brazilian being difficult, remain keen on the prospect of taking him to the Bernabeu.
The 27-year-old's future in Paris is very much up in the air, with Neymar having been tipped to depart in the summer and Barcelona having been heavily linked.
Indeed, PSG president Nasser Al-Khelaifi had a strong message for the Ligue 1 side's star players, insisting that he will not accept "celebrity behaviour" and that he only wants players who are "willing to give everything".
He also insisted that nobody forced the Brazil international, who is currently sidelined with an ankle injury and has thus missed out on the Copa America, to sign for PSG in the first place.
There has also been a shake-up behind the scenes at the club that could affect Neymar's future, with sporting director Antero Henrique, who had been a big supporter of the forward, departing and being replaced by Leonardo.
According to sources close to the Ligue 1 champions, the Brazilian doesn't hold Neymar in as high regard as Henrique, with Al-Khelaifi insisting Leonardo will have "all the sporting powers" to make decisions regarding players at the club.
And Madrid, for their part, have been alerted to the goings on in Paris and are encouraged by what they see as a potential opportunity to finally get the player to join them.
Madrid president Florentino Perez has long been an admirer of the former Barcelona forward having almost signed him as a 14-year-old in 2006, before seeing him join Barca in 2013, and then again missing out on him in 2017 as PSG won the race.
The signing of Neymar would be the icing on the cake of what has already been a hugely productive summer for Zinedine Zidane's side.
After a disappointing 2018-19 campaign that saw them finish third in the table and suffer humiliation in the Champions League, Los Blancos have reacted by signing five new players including Eder Militao, Luka Jovic, Eden Hazard, Ferland Mendy and Rodrygo.
And they're not likely to stop there as  Madrid are also keen on Paul Pogba and willing to go head-to-head with Juventus for his signature, with Zidane a huge fan of the Manchester United midfielder.
It is unclear whether a move for Pogba would then bring an end to any hopes of signing Neymar, although there are significant hurdles to overcome regardless.
The transfer fee for Neymar, who joined PSG for a world-record €222 million (£195m/$260m), will undoubtedly be astronomical while his wage demands will also be high.
There is also the fact that Madrid possess an already bulging squad that includes a number of star attacking players on big contracts.
Signing Neymar would also not only be a case of negotiating directly with the player, with his agents and entourage potentially placing hurdles to overcome in discussions.
And there is the subject of rival interest and chiefly Barcelona, who have been wanting to take the player back to Camp Nou and began steps to do just that in November 2018.
What does seem clear, though, is that Neymar is destined to leave PSG - with it appearing more likely than ever that he'll go in the summer - and Real Madrid will do what they can do to get him to the Bernabeu, as complex as any move would be.
Top Stories