The troubled pilot deliberately flew about 40,000ft before crashing the plane into the Indian Ocean. 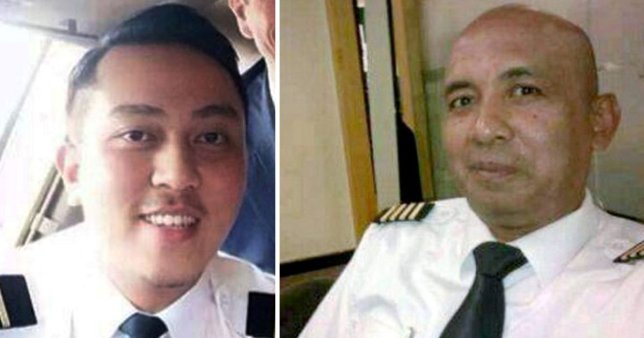 A fellow pilot says that the mental state of Captain Shah, right, may have been a contributing factor to the disappearance of MH370
The pilot of Malaysian Airlines flight MH370 ‘deliberately depressurised the cabin’ in order to ‘slowly kill everyone on board’, experts claim.
According to MetroUk, ‘troubled and lonely’ captain Zaharie Ahmed Shah then crashed the plane into the Indian Ocean, killing all 238 passengers, according to the independent group that has worked on the case.
The group behind the claims is made up of dedicated aviation experts, whose sole mission is to find out what happened to the doomed flight. Some were even called in to help the official search for the plane, which went missing on March 8, 2014. They claim Shah deliberately steered the Boeing 777 off course, before either waiting for the jet to run out of fuel or deliberately nose-diving it into the water so it disintegrated on impact.
The new claims are reported in The Atlantic, by respected aviation expert William Langewiesche. According to Mr Langewiesche, the most likely theory is that Shah either killed or incapacitated his co-pilot, before depressurising the cabin. Electrical engineer Mike Exner, a member of the independent group, believes Shah also made a steep climb to 40,000ft before the murder-suicide.
Mr Exner says climbing so rapidly, would have accelerated the depressurising process.
‘An intentional depressurisation would have been an obvious way – and probably the only way – to subdue a potentially unruly cabin in an airplane that was going to remain in flight for hours to come,’ adds Mr Langewiesche. He said: ‘In the cabin, the effect would have gone unnoticed, but for the sudden appearance of the drop-down oxygen masks and perhaps the cabin crew’s use of the few portable units of similar design. ‘None of those cabin masks was intended for more than about 15 minutes of use during emergency descents to altitudes below 13,000 feet; they would have been of no value at all cruising at 40,000 feet. 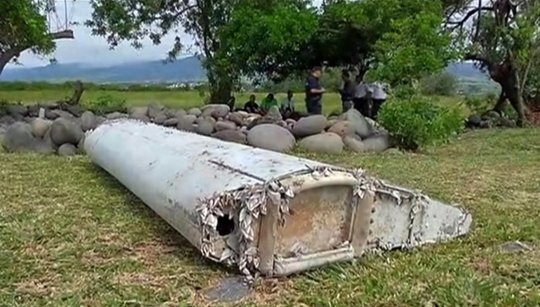 wreckage found on the Indian Ocean island of Reunion belonging to the doomed airliner MH370 (Picture: AP)
‘The cabin occupants would have become incapacitated within a couple of minutes, lost consciousness, and gently died without any choking or gasping for air.’
Flight MH370 was en route from Kuala Lumpur to Beijing with 239 people aboard on March 8, 2014 and its disappearance remains one of the greatest mysteries in aviation history. A number of theories have been put forward about what happened to the plane, including that veteran pilot Shah, who flew a similar path on his flight simulator at home, was depressed at the time
A fellow 777 captain has said he has reluctantly concluded that his close friend deliberately crashed the plane. ‘It doesn’t make sense. It’s hard to reconcile with the man I knew. But it’s the necessary conclusion,’ the unnamed pilot told The Atlantic. The fellow pilot speculated that the mental state of Shah’s could have been a contributing factor to his decision. ‘Zaharie’s marriage was bad. In the past he slept with some of the flight attendants,’ he said.
Top Stories