Captain John Obi Mikel, who was replaced by Ahmed Musa on Saturday, was in good spirit with Ighalo raring to add to his goals tally. 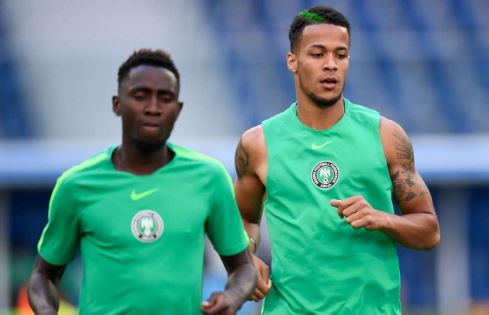 File Photo
Shehu Abdullahi, Jamilu Collins and Samul Kalu were all absent from Nigeria training on Monday evening ahead of their Africa Cup of Nations clash with Guinea.
The Super Eagles chose to hold the session behind closed doors, allowing the players to concentrate ahead of Wednesday’s encounter against the National Elephants.
Odion Ighalo was Nigeria’s hero in their hard-fought 1-0 win over Burundi and a victory over Paul Put’s men will send them into the Round of 16.
Abdullahi, who was substituted owing to a hamstring injury sustained against the Swallows, was absent from training and looks set to miss the tie against Guinea.
Left-back Collins and indisposed Kalu were also not part of the group which trained inside the Alexandria Stadium, with coach Gernot Rohr expected to ring some changes for the crunch tie.
Captain John Obi Mikel, who was replaced by Ahmed Musa on Saturday, was in good spirit with Ighalo raring to add to his goals tally.
Guinea qualified for the 2019 tournament with an unbeaten qualification record, topping a group which also contained Ivory Coast, Central African Republic and Rwanda.
Top Stories