As many as 240 people have reportedly suffered food poisoning at a former First Lady's birthday party. 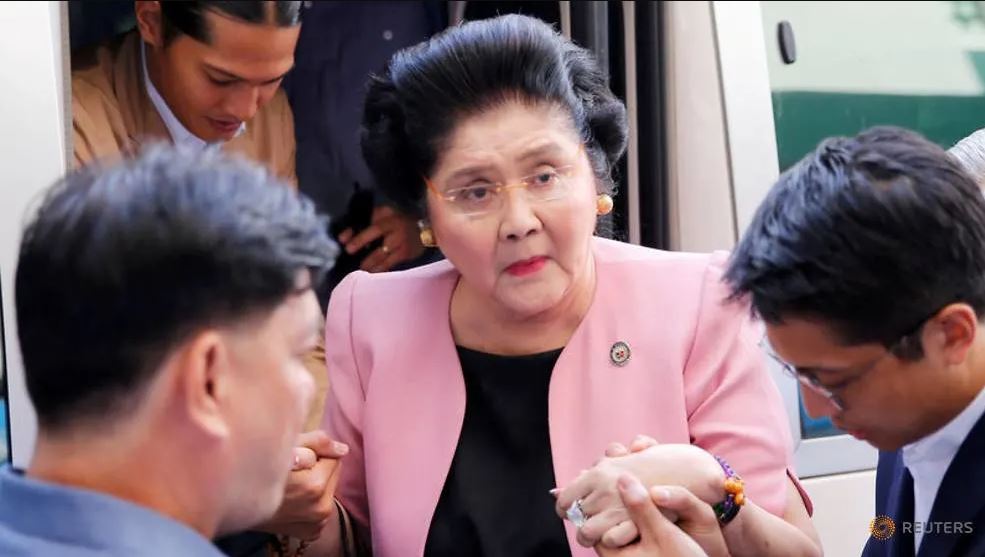 Imelda Marcos
More than 240 people fell ill and were rushed to hospital on Wednesday for alleged food poisoning at a birthday party for former Philippine First Lady, Imelda Marcos, authorities said.
NAN reports that the victims, who suffered from dizziness, vomiting and diarrhoea, were brought to 10 hospitals in the city of Pasig near Manila, according to Bryan Wong, head of the city’s emergency response office.
They were among some 2,500 guests who gathered at a sports complex in Pasig to celebrate Marcos a day after her 90th birthday, which was on Tuesday.
Marcos, the widow of late dictator Ferdinand Marcos, was seen shaking hands with some of the guests at the party before the people became sick.
The former First Lady is notorious for her extravagant lifestyle which included owning 3,000 pairs of shoes during her late husband’s 20-year rule.
According to the Philippine National Red Cross, guests at her party got ill after eating from food packs which contained boiled egg, chicken adobo stew with potatoes and rice.
Former senator Ferdinand Marcos Junior, the son of Imelda, issued a public apology.
“Organizers are determining the cause of the food poisoning and are prepared to cooperate with the authorities,” he said in a statement.
“I apologize. We will help everyone until they are completely well,” he added.
Ferdinand Marcos was ousted during a people power revolt in 1986, forcing the family to flee in self-imposed exile to the United States, where he died in 1989.
Marcos family returned to the Philippines in 1991.
Top Stories