It was earlier reported that Tierney has been a long transfer target for Arsenal but his price tag has always been an issue. 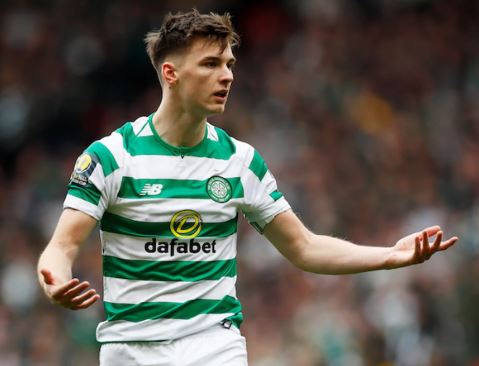 Kieran Tierney
Arsenal have agreed on personal terms with Celtic defender, Kieran Tierney.
According to Football Insider, the 22-year-old is on the verge of joining Unai Emery’s side after agreeing on a five-year deal with the Gunners over a summer switch.
The newspaper is reporting that Arsenal will triple Tierney’s current salary of £25,000-a-week wages when he finally joins the Emirates club.
This is coming after Arsenal captain and defender, Laurent Koscielny, agreed on personal terms with French Ligue 1 side, Rennes, to leave the North London club this summer.
It was earlier reported that Tierney has been a long transfer target for Arsenal.
Tierney was impressive for Celtic last season.
Top Stories