The 22-year-old Nigeria international put the Premier League side in front with his well-taken effort inside the area in the 11th minute. 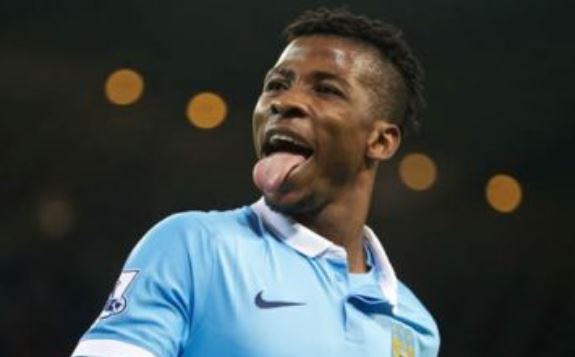 Kelechi Iheanacho
Kelechi Iheanacho scored both goals for Leicester City in their 2-2 stalemate with League One side Rotherham United in a pre-season game on Saturday.
After ending his 10-month goal drought against Cambridge United on Tuesday, the forward continued with a brilliant performance at the New York Stadium.
The 22-year-old Nigeria international put the Premier League side in front with his well-taken effort inside the area in the 11th minute.
Carlton Morris brought the Millers back into contention with his 38th-minute strike before Iheanacho restored the lead for his side. The former Manchester City forward then beat onrushing Rotherham goalkeeper Daniel Iversen before he left-footed his effort into the top corner in the 71st minute for his second of the day.
Meanwhile, Leicester City manager Brendan Rodgers says Iheanacho deserves respect for the difficult role he plays at the club.
“What (Kelechi) has to do, and I’m sure he will, is take his training form into the  games,”Rodgers told Leicester City Mercury.
“He’s been absolutely top class in training over pre-season, he’s been amazing. When we were away in Evian and he played in the practice game, he scored four goals out of five. He was sensational.
“He needs to take that into games. That’s key for him and I’m sure he’ll do that.
“It’s difficult. You have to respect his position. He’s a support striker for one of the best strikers in the Premier League. It’s not easy.
“All he can do is continue to work and work well and when the opportunities come, he’s got to take them.
“Once they start to go in, he’ll gain more confidence from that.”
Top Stories