The Chinese side confirms the striker will face disciplinary action following his activities on social media. 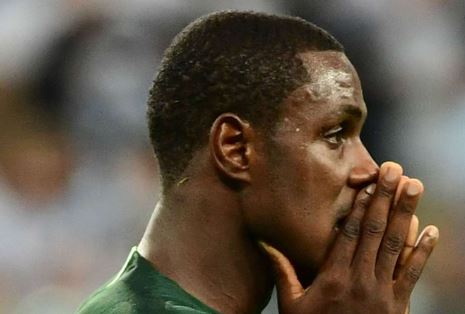 Odion Ighalo
Odion Ighalo will be sanctioned by Shanghai Shenhua for violating the club’s rules and regulations on social media.
The Africa Cup of Nations top-scorer suffered a knee injury in his last international appearance against Tunisia – and is currently undergoing rehabilitation in Spain.
Rather than channel his strength on recuperating quickly to join his team’s battle against relegation, he spent more time on social media posting holiday photos and videos, which did not go down too well with the Chinese outfit.
In a statement released by Shanghai Shenhua on Weibo, it was confirmed Ighalo will be punished because his posts caused ‘great concern to Chinese media and fans’.
"Recently, Shanghai Greenland Shenhua Football Club noticed a fact that player Odion Ighalo released holiday photos and videos on social media during his treatment of injuries in Spain. This incident caused great concern to Chinese media and fans, causing serious adverse social impacts,” the club wrote on their Weibo account.
"Shanghai Greenland Shenhua Football Club attached great importance to this matter and talked with Odion Ighalo. The club asked Odion Ighalo to put all his energy into rehabilitation and submit treatment and training reports to the club on time.
“He will be punished according to the regulations of the team discipline regulations.
"The Shanghai Greenland Shenhua Football Club requires all players to manage their personal social media. Any violation of the team's rules and regulations on social media will be punished by the club.”
Shenhua are 12th in the Chinese Super League log with 22 points from 21 games, and they face relegation-threatened Shenzhen in their next outing on Saturday.
Ighalo, who joined the Flower of Shanghai from Changchun Yatai last season, has seven goals from nine games this season.
Top Stories