Navas signed for Madrid from Levante in 2014, after impressing at the World Cup in Brazil. 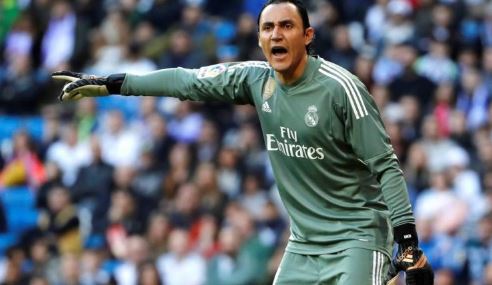 Keylor Navas
Real Madrid goalkeeper, Keylor Navas, is set to leave for Paris Saint-Germain, Sky Sports reports.
The move for the Costa Rica international would see PSG’s Alphonse Areola head the other way.
It would be a second spell in LaLiga for Areola, who previously played for Villarreal.
Navas signed for Madrid from Levante in 2014, after impressing at the World Cup in Brazil.
However, Navas is being forced to leave, after Los Blancos boss, Zinedine Zidane, made it clear that Thibaut Courtois will be first choice this season.
The 32-year-old has made over 100 appearances for Real, winning three Champions Leagues and one La Liga crown. He has also lifted four FIFA Club World Cups, three UEFA Super Cups, and the Supercopa De Espana.
Top Stories