Albanian forward, Mkhitaryan has been sent out on loan to Italy where he will be plying his trade for a year. 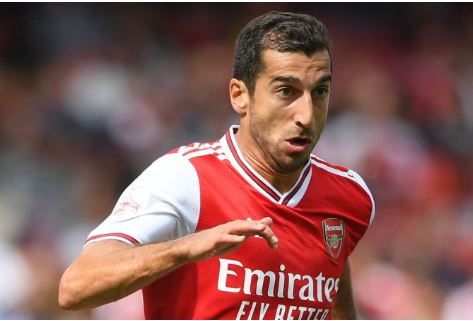 Henrikh Mkhitaryan
Arsenal attacker Henrikh Mkhitaryan has completed a loan move to Roma, with the Armenian joining up with his new side for the duration of the 2019-20 season.
PSG wanted €300m for Neymar
The Ligue 1 club believed Barca could not meet their demands
Paris Saint-Germain wanted an offer of around €300 million (£273m/$328m) for Neymar, reports La Parisien.
PSG president Nasser Al-Khelaifi called the locker room to assure them Neymar was unlikely leave, saying that while he would be permitted to depart, it would only be for a massive offer, exceeding what the club paid for him.
Al-Khelaifi was confident Barcelona did not have the financial means to meet his demands, and thus would keep the Brazil star in Paris for this season.
Top Stories