But after a drawn-out saga involving the player, Neymar will now stay with the French champions. 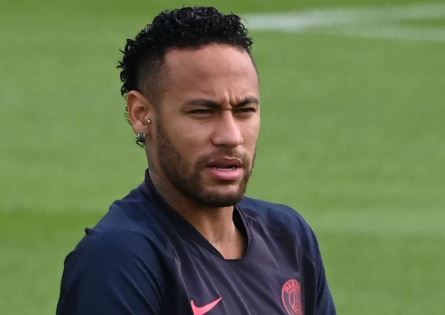 Neymar
Former Arsenal manager, Arsene Wenger, has said Neymar’s exit from Paris Saint-Germain this summer, would have sparked an exodus from the French club.
The 27-year-old had been strongly linked with a move away from the Ligue 1 club, with both Real Madrid and former club Barcelona coming close to signing him.
But after a drawn-out saga involving the player, Neymar will now stay with the French champions.
Speaking to BeIN Sports, Wenger said: “I think that he is one of the best players in the world and I am happy that he is staying at PSG.
“Because when you lose one of your two or three best players in the world, the law in our world is that the following year you lose the other.
“It is very difficult to have players who make a difference, even when you have a lot of money.
“When you have them, you must keep them,” added the former Arsenal manager.
“When you want to keep a player, it is better to convince him how important you are to him, rather than to give him zero chance to leave.”
Top Stories