Nigeria raced into a two-goal lead in the first half, thanks to Joe Aribo and Victor Osimhen. 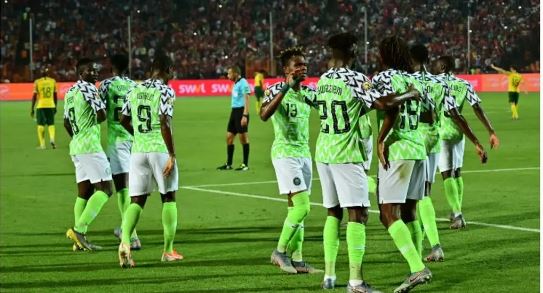 File Photo
Former Super Eagles defender, Taribo West, has questioned William Troost-Ekong’s ability, following the team’s 2-2 draw with Ukraine in an international friendly on Tuesday.
Nigeria raced into a two-goal lead in the first half, thanks to Joe Aribo and Victor Osimhen.
But Gernot Rohr’s men threw away their advantage, after conceding twice in the space of one minute in the second half.
“The defence has problems especially with Troost-Ekong, I don’t know whether he’s losing his form.
“Few matches he has been playing for Nigeria, he hasn’t been the Troost-Ekong that came into the national team with a lot of determination in the beginning. It’s like he has been relaxed since he came into the starting XI.
“I have not seen that Troost-Ekong that I used to see. Somebody should talk to him, somebody should call him back to his senses, the coaches should speak to him properly,” West told Brila FM.
Top Stories