Love At Last: Meet The 96-Year-Old Man Who Married His 73-Year-Old Lover In Abuja (Photo)


A 96-year-old man has reportedly gotten married to a 73-year-old woman in a village in Abuja. 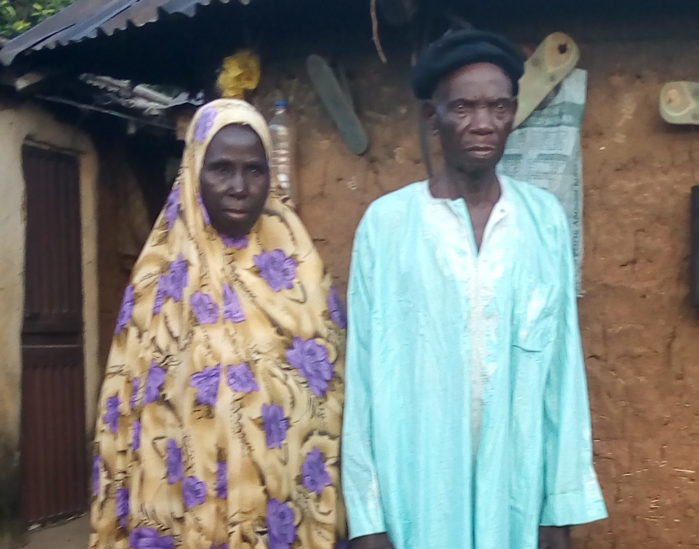 Solemnisation of the marriage was held in Piri, a village in Kwali Area Council.

The “Amaria’’ (new wife), who moved into her husband’s residence from the wedding venue told NAN that she was “delighted to marry a gentleman like Abd Rahman’’.

Pa Munse said to be about the oldest man in Kiyi village in Kuje Area Council, told NAN that many people discouraged him from the “Nikkah’’ (marriage in Arabic), saying that he was too old for marriage.

“Though I married a widow, Salamatu, after my wife’s death, her children took her away some years ago leaving me without a wife, hence, I asked Rukayah to marry me and Allah made her accept, I am very happy.’’

When NAN visited the elderly lovers, the wife was seen preparing “tuwondawa’’, a guinea corn delicacy, for her husband.

Pa Munse’s son, Musa, told NAN that all the children, grandchildren and the great-grandchildren were all happy for their father’s marriage.

“I encouraged him when he told me of his plans for marriage, in fact, I visited the relatives of his bride in different villages, including Dukpa in Gwagwalada Area Council, Chibiri in Kuje Area Council and Piri village where her father lives,” Musa told NAN.

“The visit was to get their consent following Islamic injunction and we were happy that they all gave their consent and the Nikkah was held in Mama Rukaya’s father’s compound in Piri,” Musa added.

He disclosed that he represented his father at the wedding, ”Fathia”- solemnisation in Piri because of the distance between Kiyi and Piri.

A neighbour of Pa Munse, Malam Khamilu Awwal, who also spoke with NAN said that they were all happy “to see Baba happily married once again.

“Baba is a very good father to all of us and deserves the happiness that GOD is giving him through this marriage. May GOD give Baba a long life to enjoy his wife,” Awwal prayed.