The Benin-City-born attacker had last month pledged his international future to Nigeria even though he is eligible to represent England. 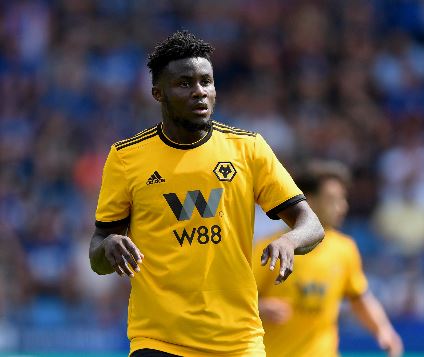 Wolverhampton Wanderers’ striker, Bright Enobakhare, has confirmed his decision to dump England for Nigeria by reporting for international duty in Abuja ahead of the Nigeria’s trip to Egypt for the 2019 U23 Africa Cup of Nations, according to All Nigeria Soccer.

U-23 handler, Imama Amapakabo bolstered the Dream Team VII squad by handing a late call-up to Enobakhare due to the unavailability of several foreign-based professionals.

The Benin-City-born attacker had last month pledged his international future to Nigeria even though he is eligible to represent England.

There were fears that he would not be released to the Nigeria Football Federation but Wolves and Wigan Atletic (Where is on loan) sanctioned his trip to Africa despite the tournament not included on FIFA calendar for international matches.

Should he feature in any of the Nigeria U23 matches in Egypt, the 21-year-old Enobakhare will become cap-tied to the African giants.

He made his first-team debut for Wolverhampton Wanderers at the age of seventeen.
Top Stories