The Gunners return to Premier League action this weekend with a home match against Wolves. 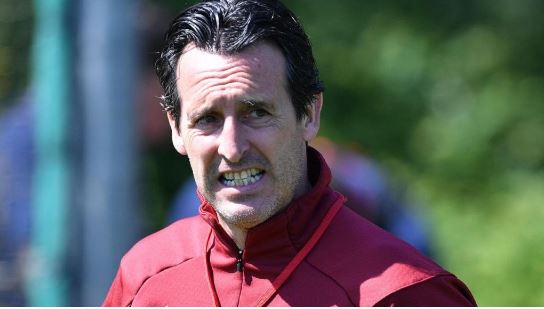 Ex-Arsenal midfielder, Charlie Nicholas, has told Unai Emery the four players who must start against Wolves on Saturday.

The Gunners return to Premier League action this weekend with a home match against Wolves, after losing out to Liverpool in the Carabao Cup in midweek. Unai Emery’s side have won just one of their last four Premier League fixtures and are currently outside the top four.

He told Sky Sports: “Will Granit Xhaka start, or will he leave the building before the final whistle? He is done in my opinion.

“The anger that has come out from the Arsenal fans has been there for a long time. They are not asking for Unai Emery’s head, but when is he going to get the balance of the team right?

“He cannot solve the major defensive issues, as that is the reality staring everyone in the face.

“I am a massive fan of playing Alexandre Lacazette, Pierre-Emerick Aubameyang and Nicolas Pepe, with Dani Ceballos just behind, so they should see Wolves off.

“These players must start to take the tension off the defenders and produce. I think they will do, while Wolves are still unpredictable in what they want to do and where they are.

“Wolves should have won this game last year when they came to the Emirates. If Wolves have a go, they could win this game easily.

“The crowd are going to be on Arsenal’s case, but they will get over the line in this one.”
Top Stories