Police have taken a 38-year-old Georgia man into custody for allegedly murdering a woman who refused to marry him. 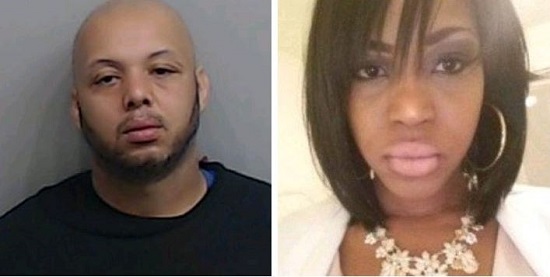 Roswell police said a man killed a woman he met on a dating app after she refused to marry him, Channel 2 Action News reported.

Antonio Wilson, 38, of Hampton, is charged with murder in the death of Fabiola Thomas, Roswell police spokesman Sean Thompson said in a statement.

He was arrested Friday and booked into the Fulton County Jail. His bond has not been set.

Thomas’ roommate found her in the bathroom of their unit at the Atlanta Newtown Apartments on June 8, AJC.com previously reported.

“The male caller was frantic and hysterical,” Roswell police said. “He advised that his roommate was in his bathtub and that something bad had happened to her.”

Thomas was taken to a hospital, where she was pronounced dead.

“As far as we know, they met a couple of times and were dating off and on,” he told the news station.

A warrant said Wilson planned to give Thomas an engagement ring, but Thomas said she didn’t want him coming to her home.

Police previously said Thomas was seen walking around her vehicle in the parking lot of the apartment complex about a half-hour before she was discovered dead.

Authorities said the body showed signs of trauma, and her roommate told police he heard a scream the morning of her death.