Officials of the Court of Appeal in Abuja have been accused of demanding bribe to fix a date for the hearing of an appeal filed by Charles Okah. 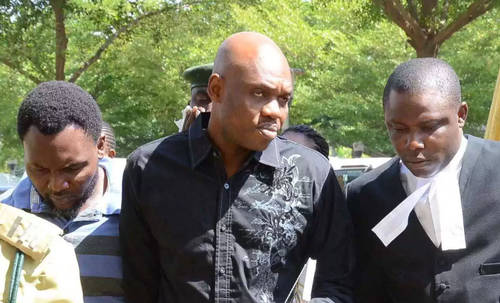 According to SaharaReporters, some officials of the Court of Appeal in Abuja have been accused of demanding bribe to fix a date for the hearing of an appeal filed by Charles Okah, the alleged mastermind of the 2010 Independence Day bombing in Abuja.

Okah, who is serving life sentence after Justice Gabriel Kolawole of the Federal High Court, Abuja, on March 7, 2018, found him guilty of charges brought against him, has been asked by court officials through his lawyer, Mishael Chukwuka of Olusola Oke (SAN) & Co, to pay N300,000 for a date to be fixed for the hearing of his matter.

Though on June 25, 2019 a date was initially given for hearing of the appeal, it was adjourned indefinitely under the excuse that the Court of Appeal was overwhelmed with election petition cases.

According to Okah’s lawyer, getting another date for hearing has proven difficult since that period.

When contacted by SaharaReporters on Monday, Chukwuka claimed that the N300,000 demanded will be used to ‘settle’ some of the workers at the court, adding that if the money was not raised in the coming days, there was a high probability that the case will not be mentioned again until next year.

He said, “A date for the suit with the appeal number CA/A/494c/2018 between Charles Tombra Okah (appellant) and the Federal Republic of Nigeria (respondent), was initially given but was adjourned indefinitely under the excuse that the Court of Appeal was overwhelmed with election petition cases.

“Attempts to get another date for hearing has proven tough except it is facilitated by a bribe.

“The Court of Appeal officials are demanding a bribe of N300,000 from us before a date for hearing can be fixed.”

Senior officials of the court contacted by SaharaReporters on Monday to comment on the issue all declined, with one of them telling our correspondent that he was speaking with the wrong person.

Okah is currently being held at the Maiduguri Maximum Security Prison in Borno State.