Omoyele Sowore positioned himself as the biblical Moses with the special staff of authority to lead Nigerians out of the land of Egypt through the Red Sea. 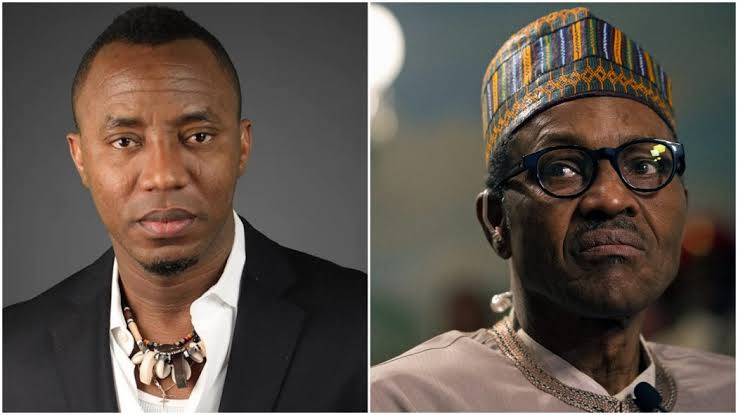 If you are an ardent follower of international politics, you must have noticed that there is a current wave of protests across several countries as experienced during the Arab Spring of 2010.

From last year to the beginning of this year, Algeria, Sudan, Tunisia, Serbia, Cambodia, Albania, Russia, Somalia, Nicaragua, Venezuela, France, Brazil, Colombia and others have had their own fair shares of protesters storming the streets to express their displeasure and loss of faith in government. At the later part of this year, Zimbabwe, Ukraine, Puerto Rico, United Kingdom, Hong Kong, Spain, Haiti, Chile, Peru, Argentina, Ecuador, Lebanon, Iraq, India, Egypt, Bolivia, Pakistan joined.

Objectively speaking, these protests have been prompted by different factors varying from one country to another, but the commonest challenges most of these countries share are bad leadership, corruption, poor infrastructural facilities, and poor economy. The people feel betrayed by their leaders and the skewed system of government, hence, the need to withdraw their signatures from the Social Contract on the basis of which the government is in existence.

I have always argued over the years that the average citizen all over the world doesn't really care about politics. As far as they are informed at the surface level, they are satisfied. Anybody who is interested in looking deeper into the power play involved might be an academic, journalist or an aspiring politician, gathering knowledge of how the system in his country works. But things change in a flash when certain negative economic policies that limit human progress and comfort are made. Sometimes, it might have to do with a limitation of some fundamental human rights as stipulated in the United Nations Charter of 1945. When their general will is impeded on, everybody develops interest in politics and they begin to ask questions they have ignored over the years.

I will give two recent examples; in Lebanon, the level of hardship was already stifling the people but the street was calm as nobody expressed any interest in starting a protest movement against the government. But the government which took the silence of the people for granted went ahead to propose a tax on WhatsApp calls and similar applications as part of efforts to raise revenues in the country's 2020 draft budget. In a twinkle of an eye, people stormed the streets to exercise their displeasure and anger. They were not just after a reversal of that proposed policy, they demanded an entire change of government. After days of resistance, the Prime Minister, Saad Hariri resigned and the protest is still on.

Chile whose economy has been witnessing a downturn increased the train fare and just like a fire outbreak, a political turmoil started. The people felt they have had enough and it was time to enforce a radical change in government.

The city of Hong Kong which is being controlled by China made a costly mistake that it's Chief Executive, Carrie Lam will forever regret. It proposed a bill to extradite offenders from the city to mainland China for trial and everything changed. The protest has been on for about 5 months and this has driven the city known for its beauty into economic recession.

Now, let's take the story back home and see how it affects Nigeria. With the level of economic hardship in Nigeria, poor infrastructural facilities, high cost of living, corruption, security breaches and lack of opportunities amidst other grave challenges, one wonders why the country's population of over 200 million is as cold as a dog's nose. How come the people have failed to realize the real power in a democratic dispensation rests in their hands and not the elderly politicians walking around on wobbly legs?

They are not fools, they only need a torchbearer to lead. It’s a case of the brave individual that will bell the cat and Nigeria which is battling with the Resource Curse just like Iraq, would boil. Over 300 protesters have been killed in Iraq, thousands injured by security operatives and the people are not backing down. A similar case of the resilience of protesters has been shown in Chile where the security operatives have been shooting directly at the faces of protesters. According to the New York Times, about 180 protesters have been partly blinded, the number is rising and the people have been resolute in the struggle. Nigeria could follow suit, since there is always this contagious effect in politics like the widespread protest during the Arab Spring.

Omoyele Sowore, the founder of Sahara Reporters and a pro-democracy activist positioned himself as the biblical Moses with the special staff of authority to lead Nigerians out of the land of Egypt through the Red Sea. Sowore didn't hide his modus operandi which were to an extent reckless and questionable. He was vocal about it and this ended up being a costly mistake. Buhari knows things were about to go out of control with the organised 'days of rage' protest. He swiftly weakened the group by arresting the head before the massive indoctrination process was complete. This is the same way America weakens terrorist groups by killing their leaders e.g. al-Qaeda under Osama Bin Laden.

In my previous article on this topic which I centred on the decline of democracy across the world, I predicted a rough and tough time for Sowore. Even after being granted bail by the court, the Department of State Security has refused to release him and he has embarked on hunger strike to force his freedom. It might be hard to believe but Sowore is now occupying the living room in Buhari's head, rent-free. Buhari knows Sowore could start an uprising that could bring down his government. With the anger being suppressed by Nigerians who are now seeing the country like the biggest prison in the world, Sowore would have been perplexed about the outcome of the movement he was about to start. Buhari knows this and it has become his greatest fear.

I pray this administration focuses on governance and not politics so as to address any catalysts of a future national protest that could threaten peace, progress, and security in Nigeria. It's just a matter of time, another Sowore could rise up if things refuse to change. Sowore whose stock has risen since his arrest and detainment has planted seeds in the hearts of people and they are sprouting already. It's just a matter of time!

Osayimwen Osahon George is a journalist and a PhD student at the University of Ibadan. He can be reached via email; [email protected]