Nigerian international footballer, Moses Simon has is currently among the most expensive loan players. 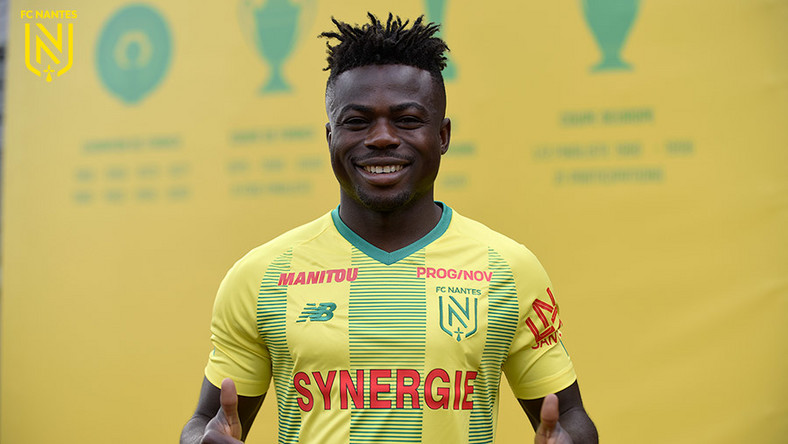 Super Eagles forward Moses Simon has been named among the top 50 most expensive players on loan in the top five leagues in Europe.

The list, which was compiled by CIES Football Observatory, has Brazil forward, Philippe Coutinho, topping the list.

The Brazilian, who is on loan at Bayern Munich from Spanish side Barcelona is estimated to be worth €96.5m.

Other players in the top five are Daniel Ceballos, who is on loan at Arsenal from Real Madrid, estimated at €67.5m,

Martin Ödegaard also from Madrid to Real Sociedad at €57.3m, Harry Wilson from Liverpool to Bournemouth €54m and

Mauro Icardi from Inter Milan to PSG at €50.8m.

Simon, who moved from La Liga side Levante to Ligue 1 side Nantes, is rated as the 45th most expensive player on loan.

The 24-year-old has played 12 times for Nantes this season, scoring five goals and creating two assists.