A lottery winner has killed his own kids and then himself after spending his money on prostitutes. 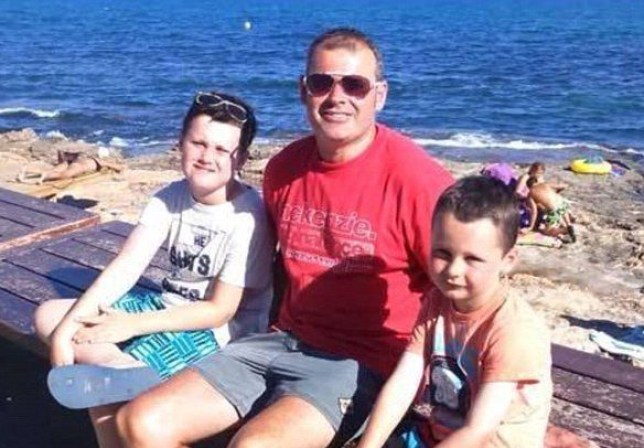 A mother has described how she managed to flee her family home after her estranged husband murdered their two children before killing himself.

Sally Stokes was hit with a rolling pin when she was attacked from behind and stabbed in the back by David, 43.

Hours earlier she found a secret phone that he had hidden in a kitchen cupboard. On it there was a notification about a booking he had made for an escort.

She looked at the search history and also found that he had searched for date rape drugs, sparking a memory of feeling spaced out the morning after a Halloween party.

Sally confronted David about the phone at their home in Hinckley, Leicestershire, November 2016, an inquest heard this week, then left him with sons Matthew, five, and Adam, 11, to go and talk to his family.

When she returned at around 9pm she went upstairs to get changed and he hit her with a rolling pin.

He then tried to suffocate her with a pillow, telling her the children were ‘with someone’.

In reality, the two young boys were dead, holding hands in Matthew’s bed, hidden under a quilt. The last known evidence of the boys being alive was a video they made on an iPad at 7pm. 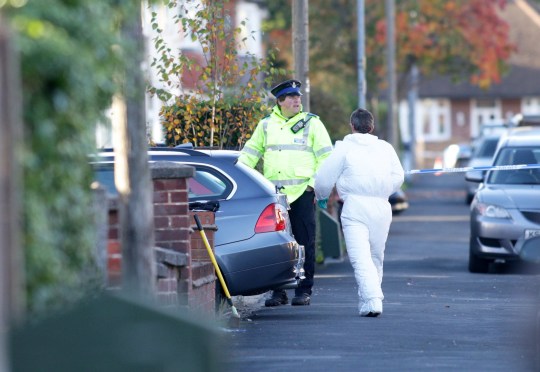 Sally struggled free and ran into the back garden, screaming for help, but David dragged her back inside.

Someone heard her screams and the police were called but David told them that the children were being held by someone else and they were threatening to shoot or harm his wife.

The siege went on for five hours until 2am when David cut communication with police and stabbed his wife.

Sally said: ‘The look on his face was like satisfaction as if he’d kind of won. I’ll never forget that.’

Despite her injuries, Sally managed to get out of the house to the safety of the officers and paramedics outside.

The house was stormed and they found David with a knife in his chest. Ambulance crews spent 20 minutes trying to revive him, but he died at the scene.

Police then found the bodies of the boys and the cause of their deaths is so far ‘unascertained’. The inquest continues.