Diary Of A Lagos Bachelor: Sweet Romance With An Older Woman


We talked for a while, one thing led to another and we made love two times. After that, we talked for like 7 more hours. 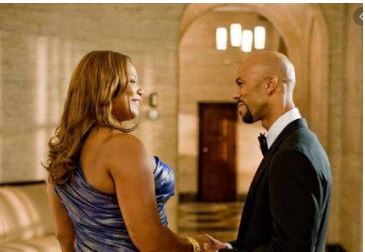 Believe me, the least of the problems of a bachelor in Lagos is sex. It's not as if the government allocates a woman to every Lagosian on entry. Somehow we have several ladies to go round. The reality is that many ladies have numerous sexual partners and the driving force is money. It's hard to find a well-to-do bachelor that is lonely or not sexually-active.

Many could be bold enough to discuss their sexual escapades while others hide them to look good in the sight of people that hold them in high esteem. At one point in one's life, you will get tired of sex and need a real woman that you could count on as a wife, that will be the moment your hatred for Lagos will begin. The mentality here is just different. You will realize that several ladies have nothing to offer than the natural honey between their legs. They just want to buy the latest iPhones, buy expensive human hairs, visit swanky restaurants, eat for free, wear skimpy clothes, make videos, take pictures and upload on social media to intimidate and impress their friends. Most of them lack decent personal hygiene, intelligence, interpersonal skills, and even cooking skills. They make it seem like the only talent they have is switching positions on the bed when the lights go off.

I got tired of the madness and I decided to take a break from dating. I have done that severally but I find it hard to stay for long. It's very easy for me to stalk people on Instagram and 'shoot my shot' respectfully. I am never scared of being ignored or insulted. On a fateful day, I was on Instagram when a growing relationship page with thousands of followers asked people to specify their relationship status in the comment section. I was shy to make a comment but I scrolled through the comment section and started messaging a couple of the commenters. I spotted this lady who was quite full-figured but beautiful. She looked quite older than me. I was shocked that she was single at her age. Well, I decided to try her out. A message wouldn't hurt. After a couple of minutes, she replied to me and she was really harsh. I realized she was 7 years older than me. I stood my ground during the introduction exercise. She wanted to know if she was in safe hands. I think she felt I was after money or maybe I just wanted a one night stand. She would later send her mobile phone number to me as she wanted us to continue the chat on WhatsApp.

All of a sudden, the tone of the chat changed when she got on WhatsApp. She started sounding raw to my greatest surprise. She even went as far as explaining to me that she wasn't interested in a serious relationship but wanted loads of intense sex which I found too good to turn down. She went on to inform me about her massive size and wanted to know if I could handle her considering my slim stature. I had to let her know that 'it's not the size of the dog in the fight, it's the size of the fight in the dog'. She wasn't convinced at all. She later wanted us to meet at an eatery before moving forward. For some reasons, I couldn't agree with that as I had many things to attend to that very day which was a Sunday. She later told me she was very horny and that she had been celibate for 14 months. I tried to lure her into coming straight down to my house that very minute but she laughed it off. There was this feeling of fear inside of me as everything seemed sudden and strange but lust clouded my thoughts.

We later took a break from the chat and I seized that opportunity to do a quick background check on her via social media. It was then that I realized she schooled in the United Kingdom where she lived for 8 years before returning to Nigeria. She had a colourful and privileged life; I was really impressed. Events took a new turn and she volunteered to visit my house directly rather than meeting me at an eatery at the Ikeja area of Lagos State. It was a public holiday, so I was at home. I live alone in a mini flat that has basic household appliances and other common facilities.

She later made it to my house safely via Taxify. With all sense of sincerity, she was quite enchanting, tall, well-dressed and classy. She rocked a flowing gown, jewelry and a seductive contact lens with her perfume enveloping my entire apartment. She also had a little bit of British accent. She entered my apartment which was averagely furnished and took a seat with her eyes naturally traveling across the entire corners of my small apartment.

"Are you done with the Egusi soup you are making? Pls prepare Eba for me, I am really hungry" she said.

I was stunned by her request. I expected her to exude some level of pride as most ladies do. She handed me the gift of a native dress which looked good on me and I thanked her accordingly. I reluctantly served her some Egusi soup, several pieces of meat and Eba, I felt the food wasn't up to her standard. She washed her hands and ate it with passion. She was so appreciative of my efforts.

"Your cooking skills are very good. I love this" she said amidst a bright smile worn on her face.

We talked for a while, one thing led to another and we made love two times. After that, we talked for like 7 more hours. It was never a dull moment. I noticed we shared the same similarities. She easily hated things I didn't like. We had more appointments and our lovemaking improved. For one day, the huge age gap between us never constituted an issue, the respect was mutual. She is still the most respectful woman I have ever met. Even when I pissed her off, she would keep to herself for a moment and then come apologize to me. She was from a rich family but you will never know because she was so humble and friendly. Many felt she was my sugar mommy but I never demanded money from her for a day, instead I usually gave her the little I had at any given chance. For the first time in my life, I met a woman who vividly understood me and was able to manage me efficiently. My joy was overflowing and I felt at peace with my soul.

I fell in love with her. I later met with her mother to seek her hand in marriage but she blatantly rejected me on the basis of the age difference. From that moment, I sensed the beginning of the end was close. We started drifting apart until we stopped talking to each other. I wish we were at least of the same age, I am sure things could have worked. I tried to convince my family members that she was the best for me but all my efforts ended in futility. Many felt I was under a spell. At some point, I also assumed I was jinxed but it wasn't so. I only wanted to be a happy man.

If you are reading this, I want to tell you that you made a positive mark in my life and you will always occupy a special spot in my heart. We may be far apart but you are never over. I pray you find that true man that will love and cherish you. You have a heart of gold and the moments we spent together this year were the most beautiful periods of my life. Peace!