A five-year-old boy has been reportedly kidnapped during a church service in Anambra state. 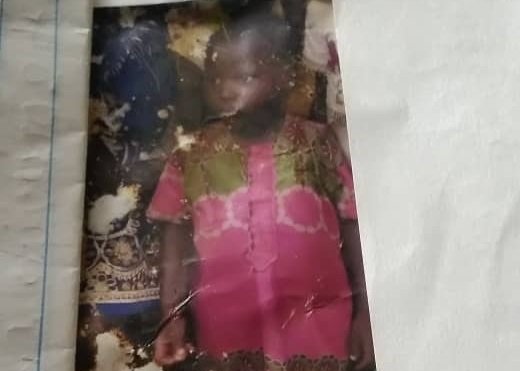 A report by The Nation has shown that a 5-year old child has been reportedly abducted during a church service at St Joseph’s Catholic Church, Ekwulobia, Anambra State.

The victim, Chimaobim Kosi Ayinkor, was said to be playing with his siblings on the field within the church premises when he was kidnapped.

A member of the church who pleaded anonymity said the boy was stolen by yet-to-be-identified man who deceived his elder sibling to go and buy water for him opposite the church while he perpetrated the act.

Confirming the incident, the Police spokesperson, Haruna Mohammed, said the incident occurred on Sunday during service while the kids were playing on the church field.

He said, “One Mr and Mrs Ayinkor Umego both of Okpo village Ekwulobia reported at Aguata police station at about 9am that his wife prepared their three children for church service at St.Joseph Catholic Cathedral Church Ekwulobia.

“However while the children were playing on the field within the church premises, a man whose identity is yet unknown called the eldest child and sent him to go and buy three sachet water opposite the church.

“Before he came back from the errand, the man had disappeared with his younger brother one Chimaobim Kosi Ayinkor aged five years to unknown destination and all efforts made to locate him by the parents proved abortive.

“Following the report, police circulated a wireless massage to various divisions/formations through the control room while effort is being intensified to find the missing child who is dark in complexion about 3 feet tall and without a tribal mark.”

Mohammed urged parents and the public to caution their children about strangers.

“The command equally enjoins the public with useful information about the child’s whereabouts to report at the nearest police station or through a designated police emergency number,” he added.