Sowore has remained in detention following his re-arrest by operatives of DSS at the Federal High Court in Abuja on December 6, 2019. 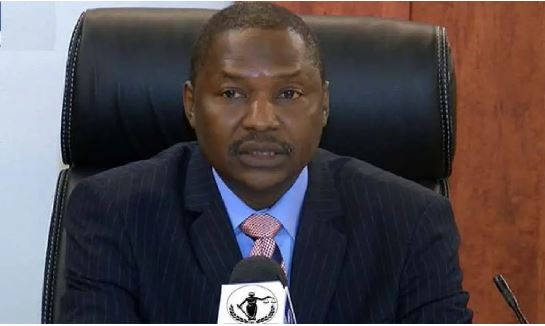 The Attorney-General of the Federation and Minister of Justice, Abubakar Malami, has stated that he could not direct the Department of State Service (DSS) to release Omoyele Sowore from custody.

A terse statement Monday night by his Special Assistant on Media, Umar Gwandu, said such will amount to a unilateral decision as the case of the #RevolutionNow protests convener and his co-defendant, Olawale Bakare, was still in court.

Sowore’s lawyer, Femi Falana, had demanded that Malami take action on the continued incarceration of the duo. His call followed Malami’s order to the DSS to hands-off the trial of the activist and hand over the case to his office.

But Malami said the action doesn’t mean he could free Sowore at will. Malami said: “When parties submit their issues for determination to a court of law, they lack exclusivity of decision over such issues without recourse to the court.”

“We remain guided by the established tradition and will not take unilateral decision without recourse to the rule of law,” he added.

Sowore has remained in detention following his re-arrest by operatives of DSS at the Federal High Court in Abuja on December 6, 2019.