Nigerian footballer, Mandela Egbo has been plunged into a really sad mood as his father passes away. 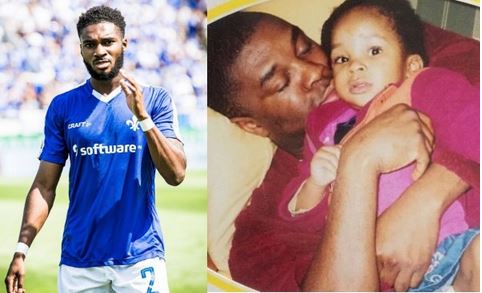 Mandela Egbo has lost his fathet

Mandela Egbo, a Nigerian-born British footballer, has lost his father Uchenna Egbo to the cold hands of death.

The 22-year-old footballer who plays for SV Darmstadt 98, lost his father on December 3.

Uchenna Egbo died at the age of 61 and will be buried at Umucha Amuda, Isuochi in Umunneochi Local Government Area of Abia State on January 25.

The English youth international moved from Crystal Palace to German club Borussia Mönchengladbach at the age of 17.

He joined second division Bundesliga side Darmstadt on a free transfer in 2019 after four years with Gladbach.