What Guardiola Said After Man City's 3-2 Defeat At Wolves


The champions blew a two-goal lead, after keeper Ederson was sent off in the 12th minute. 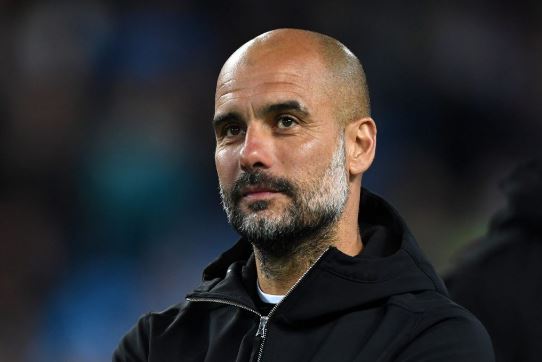 Manchester City manager, Pep Guardiola, has said his team must forget about catching up with leaders Liverpool and focus on overtaking second-placed Leicester City.

Guardiola stated this while addressing the media, following a 3-2 defeat at Wolves on Friday.

The champions blew a two-goal lead, after keeper Ederson was sent off in the 12th minute.

The result means City stay third behind second-placed Leicester and unbeaten league leaders Liverpool, who are 14 points ahead of them.

“It’s unrealistic when it’s 14 points to think about Liverpool.

“We think about Leicester, we have the chance to recover second position.

“Still we are third, I know the quality of the team but that’s the situation.

“In the last two previous seasons we are used to winning a lot of games and being at the top fighting.

“Now we are far away so we have to adjust mentally to the situation and prepare for the next games.

“We have to move on, we played the first season and it was quite similar to this but in the second and the third we were there all the time and winning all the time.

“Now this season in some situations and after some mistakes we are far away, we have to catch the second one and see where we are at the end,” Guardiola said.