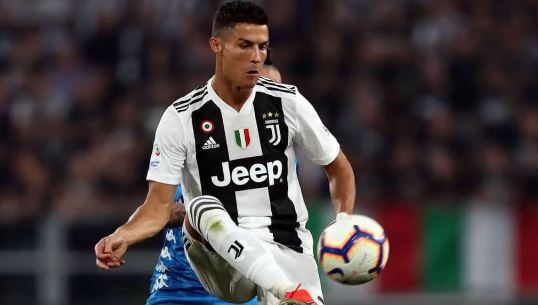 Juventus superstar, Cristiano Ronaldo has reacted to his side’s Serie A 2-1 victory over AS Roma on Sunday night.

Diego Perotti did score for the host at the Stadio Olimpico Stadium.

Reacting, Ronaldo took to his official Instagram page after the match to congratulate his teammates for the important victory and for sending Juventus back on top of the Serie A table.

The Portugal captain wrote: “Important victory today! Good teamwork and back to where we belong. Top of the table!finoallafine forzajuve.”

Ronaldo will now hope to lead Juventus to victory when they take on Parma at home in their next Serie A fixture on January 19.