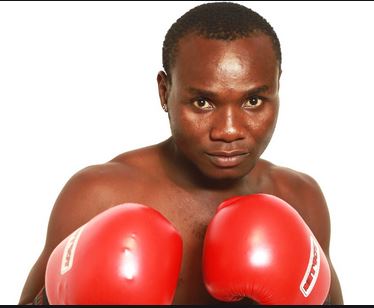 According to TheGuardian, one of Nigeria’s brightest boxers at the moment, Oto ‘Joe Boy’ Joseph has been stripped of his African Boxing Union (ABU) lightweight title.

Secretary General of Nigerian Boxing Board of Control (NBB of C), Remi Aboderin, told The Guardian yesterday that Joe Boy was stripped of his ABU title following his inability to defend the crown within the stipulated time given to him by African Boxing Union.

Oto ‘Joe Boy’ Joseph was challenged by West African Boxing Union (WABU) lightweight champion, Rilwan ‘Real One’ Oladosu, for the ABU title last year but the fight could not hold following an injury he (Joe Boy) sustained while training in Lagos for the bout.

At first, the bout tagged ‘Fight of The Decade’ was scheduled for October 12, 2019 to settled the issue of ‘who is the true champion’ between the two pugilists. It was later moved to the last week of December, but Joe Boy could not honour the fight due to the shoulder injury.

Aboderin stated yesterday that the ‘Fight of The Decade’ between Joe Boy and Oladosu could still go ahead if promoters show interest in it, but added: “Joe Boy will not come into the fight as the title holder because he has been officially stripped of the ABU title. He can get his title back if he wins.”

But the boxer (Joe Boy) told The Guardian yesterday that he did not receive any letter from ABU concerning him being stripped of the title.

“I did not receive any letter to that effect, but if that is their position, I won’t kill myself over it. What I know is that I am recovering fast, and before Easter, I will be fully ready to face Oladosu. I have vowed to beat him like a baby, and that is what I am going to do. All those officials who are making noise about me should keep quiet. Some of them don’t know anything about boxing.”

The Guardian recalls that Joe Boy saw off the challenge of Ghana’s Success ‘Brave Warrior’ Tetteh at GOtv Boxing Night 18 at the Indoor Sports Hall of the Obafemi Awolowo Stadium, Ibadan, Oyo State.