An elderly couple has died on the very same day after they spent a many as 65 years together as husband and wife. 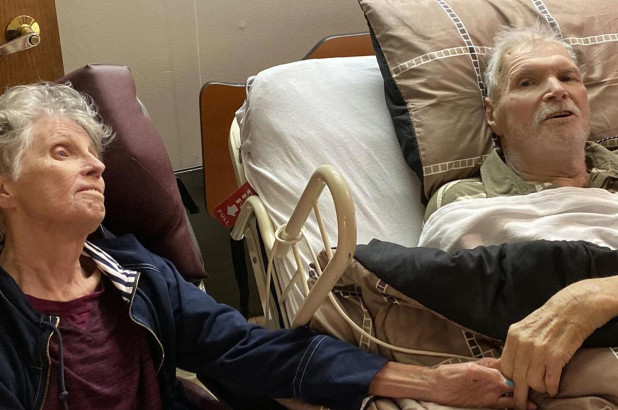 According to a report by New York Post, an elderly couple who had been together for nearly 65 years died on the same day earlier this month while living together in a nursing home.

The couple, Jack and Harriet Morrison, pushed their beds together so they could hold hands in the St. Louis-area nursing home where they each died on Jan. 11, the St. Louis Post-Dispatch reported.

“I’m sad. But I know they’re at peace and they’re back together,” Sue Wagener, a niece raised by the couple said.

“It truly was a love story for the books,” she added.

Jack, who was 86, died first, and 83-year-old Harriett followed shortly after.

The couple met in 1955 when Jack was driving a charter bus and Harriett was a passenger on the bus with her father and his drum and bugle corps.

“They went to a little diner and never separated from that day on,” Wagener said.

The couple married less than a year after meeting — and rarely separated from one another for the nearly 65 years they spent together.

They raised Wagener and their two sons while also running V-K Bus Lines, according to the report.

They were admitted to the nursing home about a year ago when Harriet tripped and broke her hip and pelvis.

Jack also suffered a fall that broke his neck, according to Wagener. Their health continued to decline until both of them stopped eating and drinking soon before they died.