Serie A: Sarri Reveals Who To Blame For Juventus' 2-1 Defeat To Napoli


Sarri's men were handed their second defeat in the league this season and also missed the chance to move six points clear of Inter Milan. 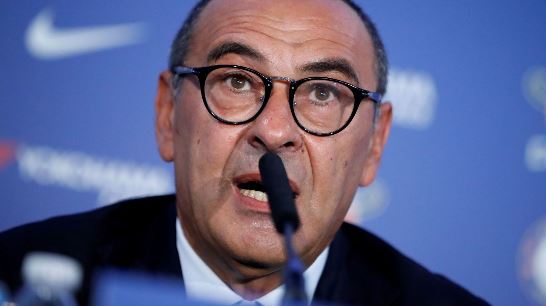 Juventus boss, Maurizio Sarri has criticised his players for being ‘’bland” during their Serie A 2-1 defeat against Napoli on Sunday.

Sarri stated that his players played badly against Napoli, adding that they had the wrong approach, intensity, psychological and interpretation against the host.

Sarri’s men were handed their second defeat in the league this season and also missed the chance to move six points clear of Inter Milan.

Cristiano Ronaldo netted his eighth goal in eight games in a row, but it was not enough to help Juve after Piotr Zielinski and Lorenzo Insigne put Gennaro Gattuso’s side 2-0 ahead.

“I chose this trio [Ronaldo, Dybala and Higuain] because they all seemed to be in good shape, the midfield appeared balanced enough to sustain them, but I don’t see any individuals to blame for this. The whole team was bland,” Sarri was quoted by Football Italia as saying after the match.

“We were passive for the entire match, thought we could play with a slow tempo, taking five touches, always distant between areas, extremely bland.

“We put Napoli into a situation where they only had to do the bare minimum to beat us. We were always late to every ball. It was as if we were in slow motion and nothing worked, it was all through the team.”